The heel-print of the Great Recession continues to reverberate throughout the industry. So how are contractors hanging on? Survivor Stories shares a number of their stories in this and upcoming issues, with the hope they offer encouragement and perhaps an idea you can use. 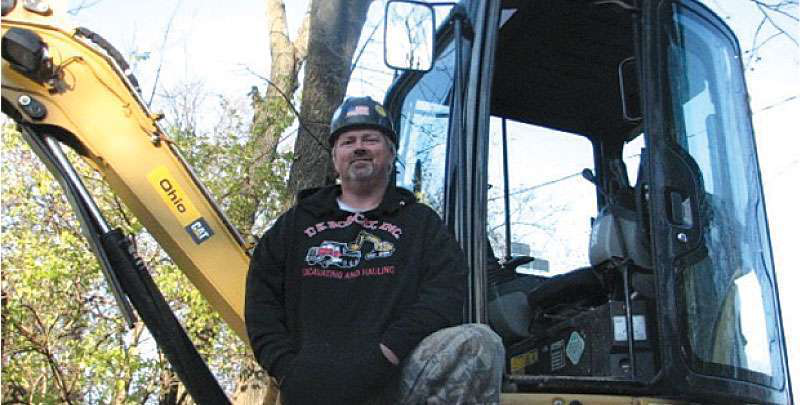 “It really turned out to be the greatest thing that could have happened to us,” says Dennis Kuntz, co-owner (with his wife, Jen) of DK Bobcat in Cincinnati, Ohio. “At the time, if you would have told me it was a good thing, I might have thrown a punch at you. But now, seeing where we are going, it’s been tremendous.”

With 90 percent of his work being in the residential market – handling excavation, grading and utility installation for new production residential housing – before it was hit hard, Kuntz knew they would have to change to survive. They sold their new equipment that had high monthly expenses, such as a quad-axle dump truck, and laid off employees – going from seven to just him. “The economy made us figure out where money was being spent,” he says. “I began looking to see what field we should go into.”

He started bidding commercial jobs, something he works as a sub handling a variety of trenching work, including storm sewer upgrades and storm, sewer and catch basins. “The economy gave us the chance to move into a new market,” Kuntz says. “It was kind of a blessing.” It could have easily turned into a nightmare, however, if they had made any mistakes. “It was a scary learning process to bid those projects, for a small company like us,” he says. “I tried to cover all of my bases. If we had missed one detail on bids, it could have cost us the company.”

Now, 98 percent of DK Bobcat’s projects are commercial and governmental, with 75 percent of those being school projects. They work with a local electrical contractor to trench and backfill underground lines for schools, on both new construction and remodeling jobs.

His downsized fleet includes excavators, skid steers, dump trucks and attachments, and he hopes to add to it this year. He also hired a company to transport the equipment. “Instead of using our time to move equipment, we can be out making money digging.” Although they’re not quite back to their pre-recession revenues of $250,000, Kuntz expects to pass those numbers this year. EW

A saying that keeps him going: