New and net trailer orders in October rose to the highest level since April and May at 19,408 units and 17,384 units, respectively, ACT Research said.

Seasonally adjusted, October’s backlog rose 1.5 percent month over month. “With orders and production in line, there is nothing to suggest an upwards move from current production levels, at least not until we know the outcome of peak season orders,” said Frank Maly, director CV Transportation Analysis and Research with ACT.

Also, reported sales of used Classes 3-8 truck sales declined in October, after rising in September. Scarce inventory and sustained demand may be the cause.

“Despite continued improvement on the new truck sales side, along with repeated assurances that carriers are not expanding their fleets, expected trade-ins have yet to provide any relief to the growing equipment shortage,” said Steve Tam, vice president-commercial vehicle sector with ACT. “Special programs in the late 1990s and early 2000s that lured traditional used truck buyers into new truck purchases are no longer in effect, so the demand for used equipment continues to expand.” 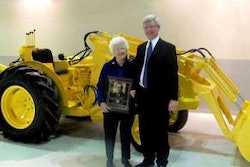 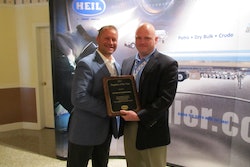 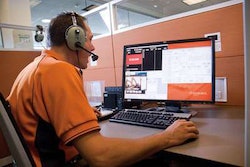