GM Southeast regional sales and marketing helped spearhead the donation of 12 2011 Chevrolet Silverado Crew Cab 1500 LT 2wd pickups and a Ryder truck full of supplies that will be donated to United Way for state-wide use in the hardest hit areas. According to Araba Dowell-Toms, GM group manager , Southeast region communications.

Tuscaloosa Chevrolet served as the marshaling point to get the dozen Chevy pickups loaded with supplies before being driven into downtown Tuscaloosa where the keys would be presented to Homer Butler, the president of West Alabama chapter of United Way.

“This is our home and our community, so this is a really big deal to have Chevrolet donate these trucks and supplies to United Way.” says Donald Crow, president of Tuscaloosa Chevrolet. “It’s comforting to know Chevrolet steps up like this in time of need.”

Dowell-Toms says the GM Foundation, a separate entity from the automotive manufacturer, donated a $100,000 to the American Red Cross toward helping the relief efforts in the Southeastern states. 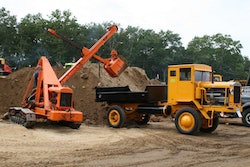 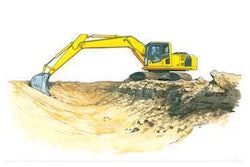 Just What Is That Construction Machine? 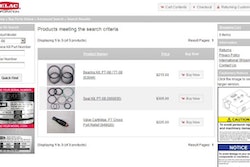