The construction side of high speed rail

By now you’ve heard the popular points in the debate over high-speed rail: It is or isn’t economically viable, it is or isn’t a worthwhile form of transportation, it is or isn’t a political pipe dream that has no chance of becoming a reality in a country with a growing aversion to debt, taxes and thinking big.

Who is right in these debates remains to be seen. What we know for sure is that the cost of creating high-speed rail service is breathtakingly high, the pain of short-hop air travel between close-by cities is becoming more unbearable with each passing year, and most megaprojects in U.S. history have been every bit as controversial as high speed rail. At the moment, creation of high speed rail service in America – real high speed rail with travel speeds of 100 mph, give or take – seems like a dead issue, but many U.S. mega projects have seemed dead and buried at some time prior to their enactment. This one, too, might rise from the ashes at some point in the future, be it the near-term or long-term future.

Given that most heavy construction contractors regard themselves as fiscal conservatives, sentiment in this audience probably runs heavily against the high speed rail as a public investment. But if it were to happen anyway, few groups of companies and people would benefit more than the heavy construction industry, mainly because true high-speed rail will require construction of trackbeds that are much more sophisticated than those now in use in the United States.

Building track beds for high speed rail would employ a lot of paving crews, be they asphalt or concrete, and consume millions of tons of aggregate from quarries that now operate at low capacity, if at all.

Writing in the March-April 2010 issue of HMAT Magazine, the publication of the National Asphalt Pavement Association, Dr. Jerry Rose, a University of Kentucky professor of engineering with expertise in high speed rail bed construction, described how asphalt pavement is used for high speed road beds in Europe and Asia. For the United States, he suggested, a typical bed for a single set of tracks would include a 12-foot-wide, 6-inch-deep lift of dense-graded base mix with a maximum aggregate size of 1 to 1.5 inches. This would be topped by 8 to 12 inches of ballast. High stress areas and segments built over marginal sub-bases may require thicker cross sections and/or wider beds, wrote Rose.

Rose calculated that this design uses 0.42 tons of asphalt per linear foot of track. To get an idea of how much construction work and material would be involved, multiply that by, say, 200 miles (to connect Indianapolis and Columbus or Boston and New York) or 350 miles (to connect Chicago and St. Louis or Los Angeles and San Francisco), then double it, because you need two sets of tracks, one for each direction of travel.

Building track beds for high speed rail would employ a lot of paving crews, be they asphalt or concrete, and consume millions of tons of aggregate from quarries that now operate at low capacity, if at all. There are worse things that could happen to the industry in this era of prolonged economic malaise … . EW 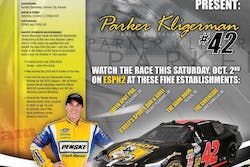 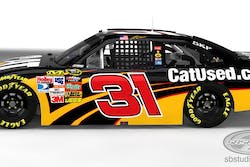 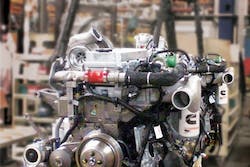 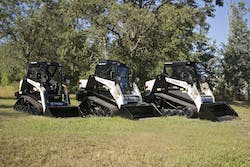