Grit and a Dump Truck: How This Contractor Reached His Right Size 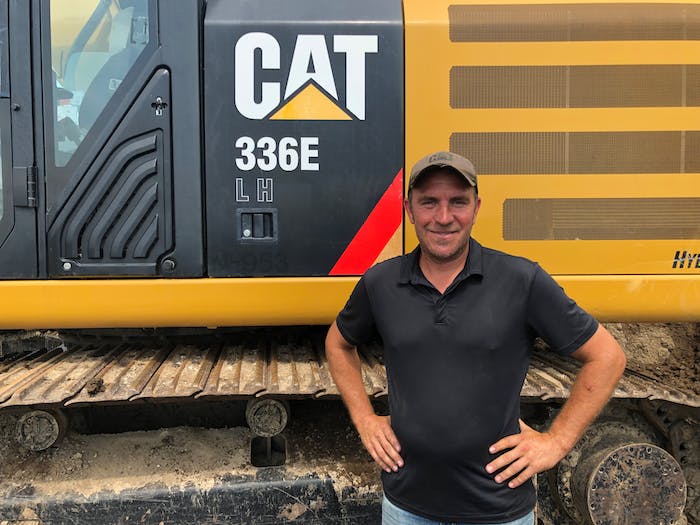 Just out of high school, Jason Guelig got a job washing equipment for a large energy pipeline company. After a year, he was traveling the country as a laborer on directional drilling jobs. 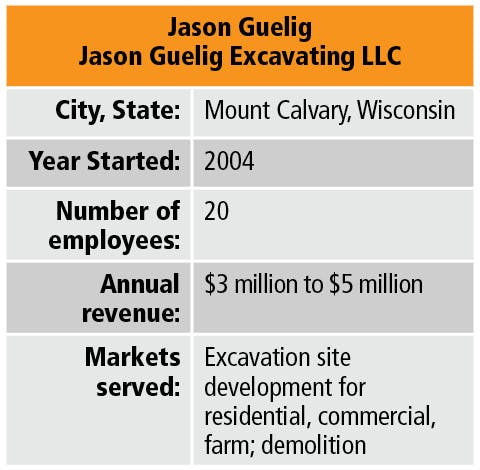 He returned home to Wisconsin and worked for a couple of years for an excavating company. Then he learned that the owner of a local excavating business was retiring. Guelig was turned down by the local banks until one finally gave him an $81,000 loan to buy a dump truck and backhoe from the retiring owner.

So began Jason Guelig Excavating. Since those early days of struggle in 2004, he has grown his business to 20 employees and 80 pieces of construction equipment, thanks to a strong work ethic, lots of energy and loyal customers. He’s also leveraged technology – new and old – to increase productivity. And he enjoys passing along his knowledge to younger generations to help guide their careers.

For those reasons and more, Guelig is one of 12 finalists for Equipment World’s 2021 Contractor of the Year Award. 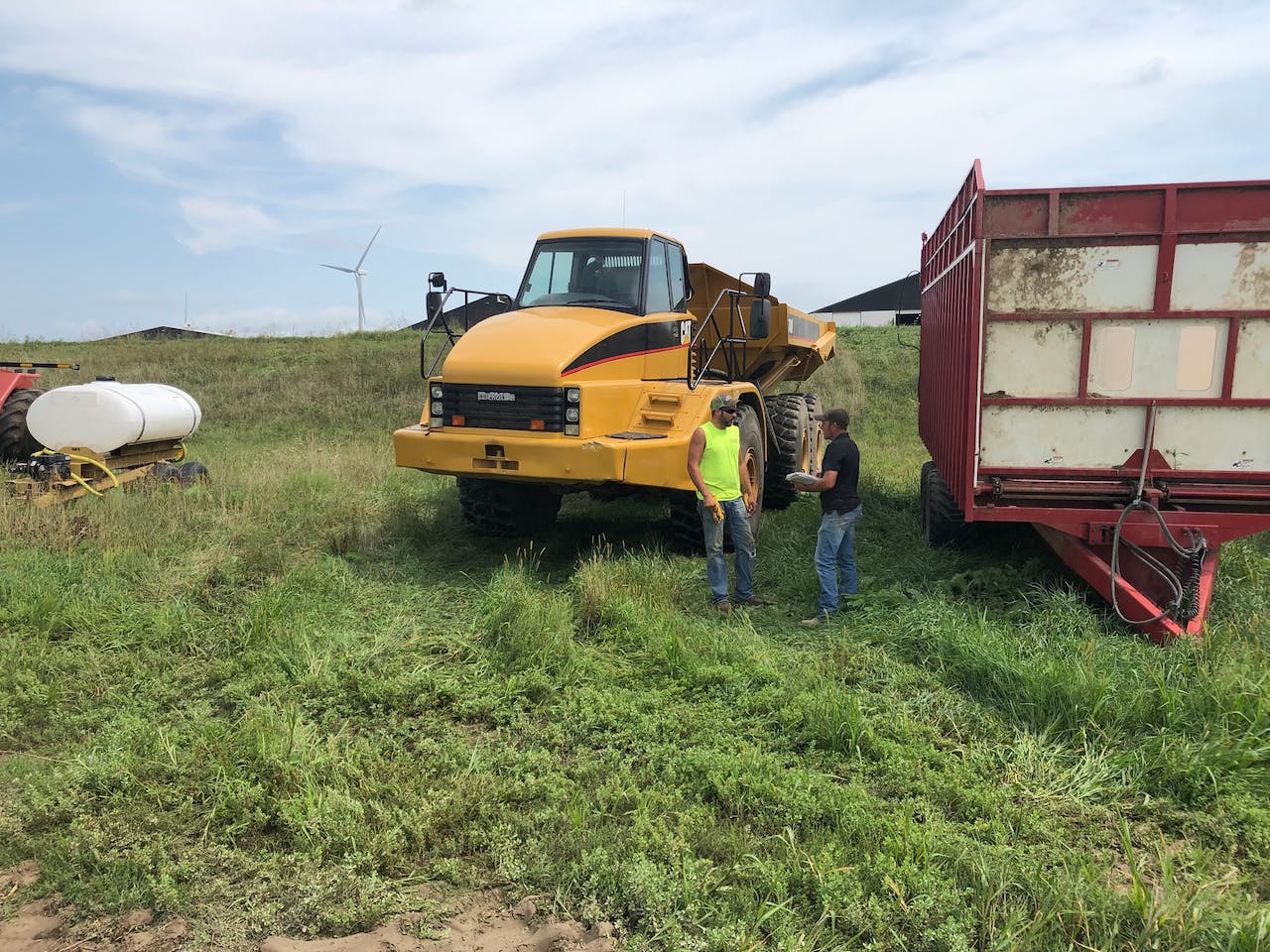 The last place you'll find Jason Guelig is in an office.Equipment World

“I started out trucking because that was the easiest line of work to get into with income coming in; so I sat in the truck myself,” he says. “If somebody called for a dump truck that day, I went and did it.”

He bought an old farmhouse to use for the business’ headquarters. The company grew gradually, and he began to hire workers. But with more work came more office duties, which he hates. So when the company got large enough, he hired an office manager to handle all of the billing, dispatch and other indoor duties.

“I cannot get Jason in the office,” says office manager Marie Pierquet and laughs. “He hates paperwork.”

But as much as he hates paperwork, he loves being out in the field. He can often be found in his pickup, which has more than 260,000 miles on it, traveling to all his jobsites every day.

“Around town here I might have six different jobs,” he says. “I just keep going around to them and making sure everything is running at 100%.”

That attitude has helped him build the company’s reputation and its customer base.

“His word is always good,” says Terah Bowe of Bowe Metal Fabrication. “We know that he'll stand by his work and his company. And his work is always exceptional.” 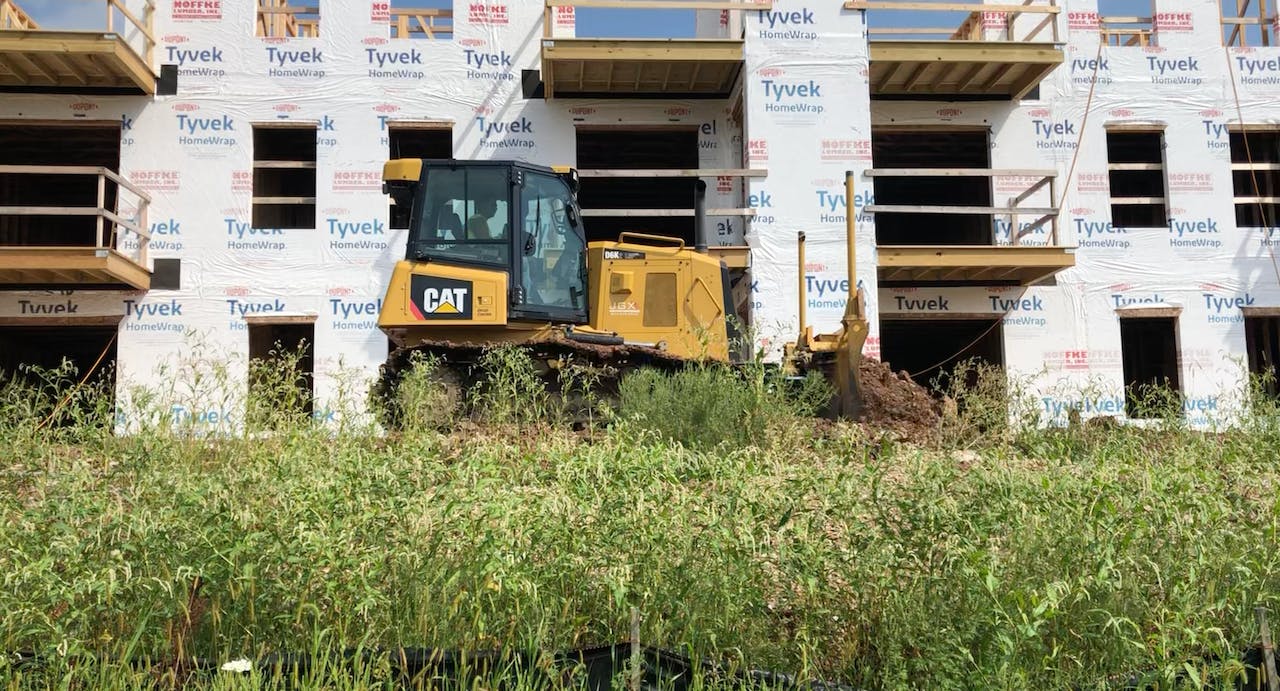 Skeptical at first, Jason Guelig Excavating made the leap to 3D machine control six years ago and hasn't looked back.Equipment WorldOne of the contributors to Guelig’s success is keeping a large fleet of equipment and making sure each sitework job has an excavator, roller and dozer at all times. That ensures the company can respond quickly to the changing demands of the project.

“We're in a ‘now’ society. Everybody wants things now,” he explains. “The concrete guy shows up and we need this dug out now.”

And when that happens, he has the equipment already there.

“That's why I have all my connections with general contractors that I have. They know that I'll be there. I will get it done. And when they're in a pinch, I'm there also.”

“He gets stuff done,” Lang says. “He's got the equipment to do what he says he's going to do.”

A big part of his equipment strategy is based on 3D machine control, which he started using about six years ago. He uses it on dozers and an excavator.

“GPS on equipment, it’s not taking over – it has taken over,” he says. “If you don’t have GPS, you’re behind.”

It took awhile to learn to use machine control. He hires a company to build the 3D models. There was a hefty upfront cost for the systems. He estimates it took about six months to recoup that investment through the increased efficiency, accuracy and speed of using GPS.

“It was financially tough,” he says. “There’s growing pains to it. You have to learn it, and learning takes time. But after you learn it, it's great.”

He has them in all his trucks, dozers, excavators and at the office. He bought a repeater and put it on the second-highest hill in the area to boost the reception range. He paid $700 for an FCC channel.

“I can talk to anybody on this radio,” he says, holding up the mike in his truck. “So this is like old technology that I implement. For me, it works. I can talk to every single dump truck, order gravel. You can broadcast to everybody.” 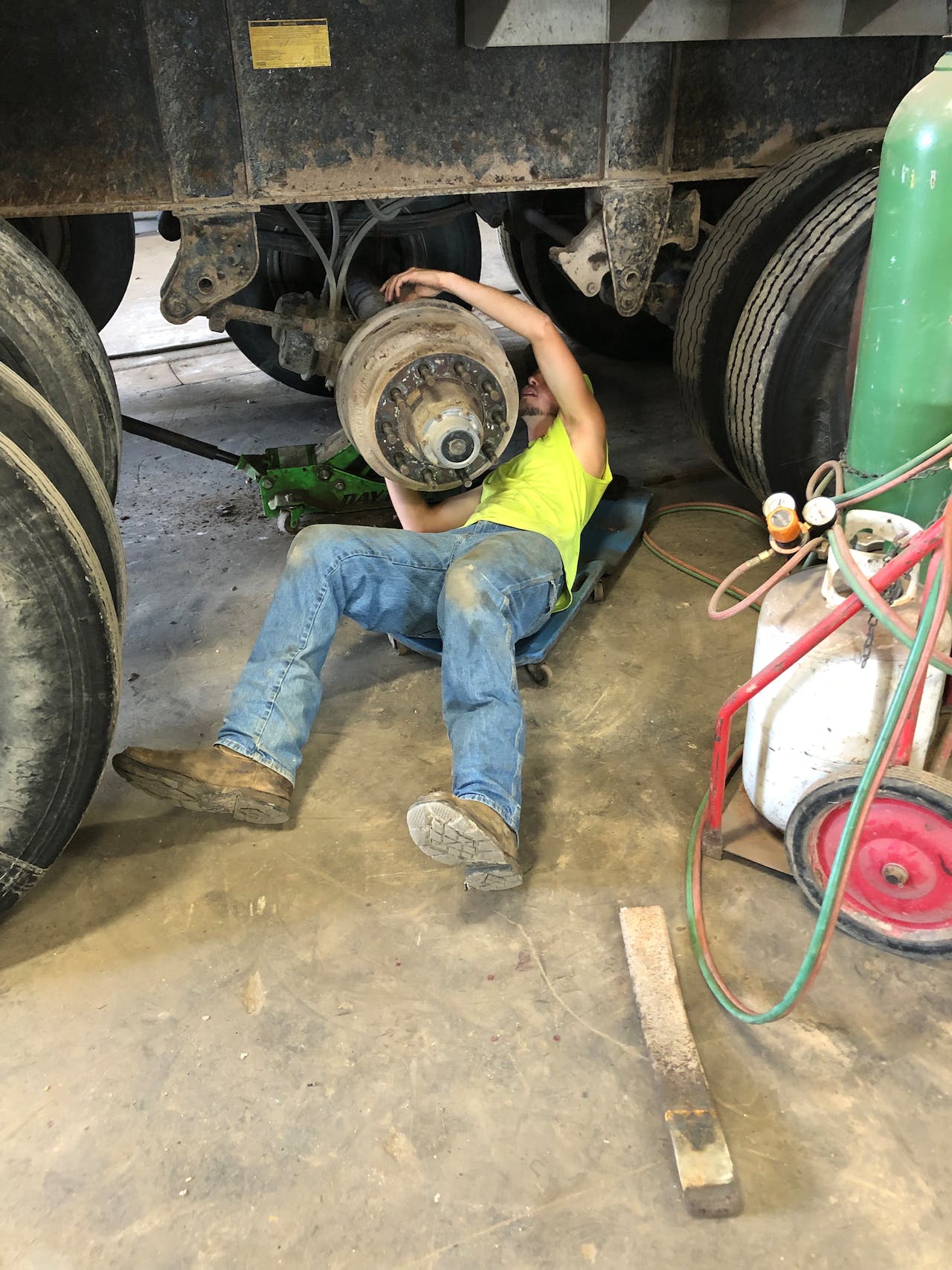 Nick Pierquet likes the variety of work at Jason Guelig Excavating and being able to approach the owner when he needs to. "You can talk to Jason," he says.Equipment WorldTechnology aside, Guelig sees his employees as the biggest contributor to his company’s success.

“I couldn't do what I enjoy doing every day if it wasn't for them and their effort,” he says.

He tries to keep them happy and says he doesn’t have much turnover. And when the company does well, so do the employees.

Those who do their jobs well, benefit more. “I'm a performance-based company. So the more you perform, the more you're going to get.”

The 41-year-old notes that many of them didn’t grow up on a farm as he and others of his generation did.

The generations also have different attitudes toward work. The older workers tend to want more overtime, to make as much money as they can, he says. The younger workers tend to value more time off, so he tries to be flexible, including letting them take some Fridays off.

“The key is to work with the workforce that you have,” he says. “Otherwise, you just won't have any employees at all.”

Guelig also enjoys working with younger generations, teaching them about the construction business. He has participated in the local high schools’ Work to School program. Students spend a half day in school and then the other half on the job. He trains the students, as well as teaches them to operate a skid steer. Some of the students have stayed on to work for the company full time.

“I really enjoy the teaching portion of what I do,” he says. “Because it all means something at the end of the day.” 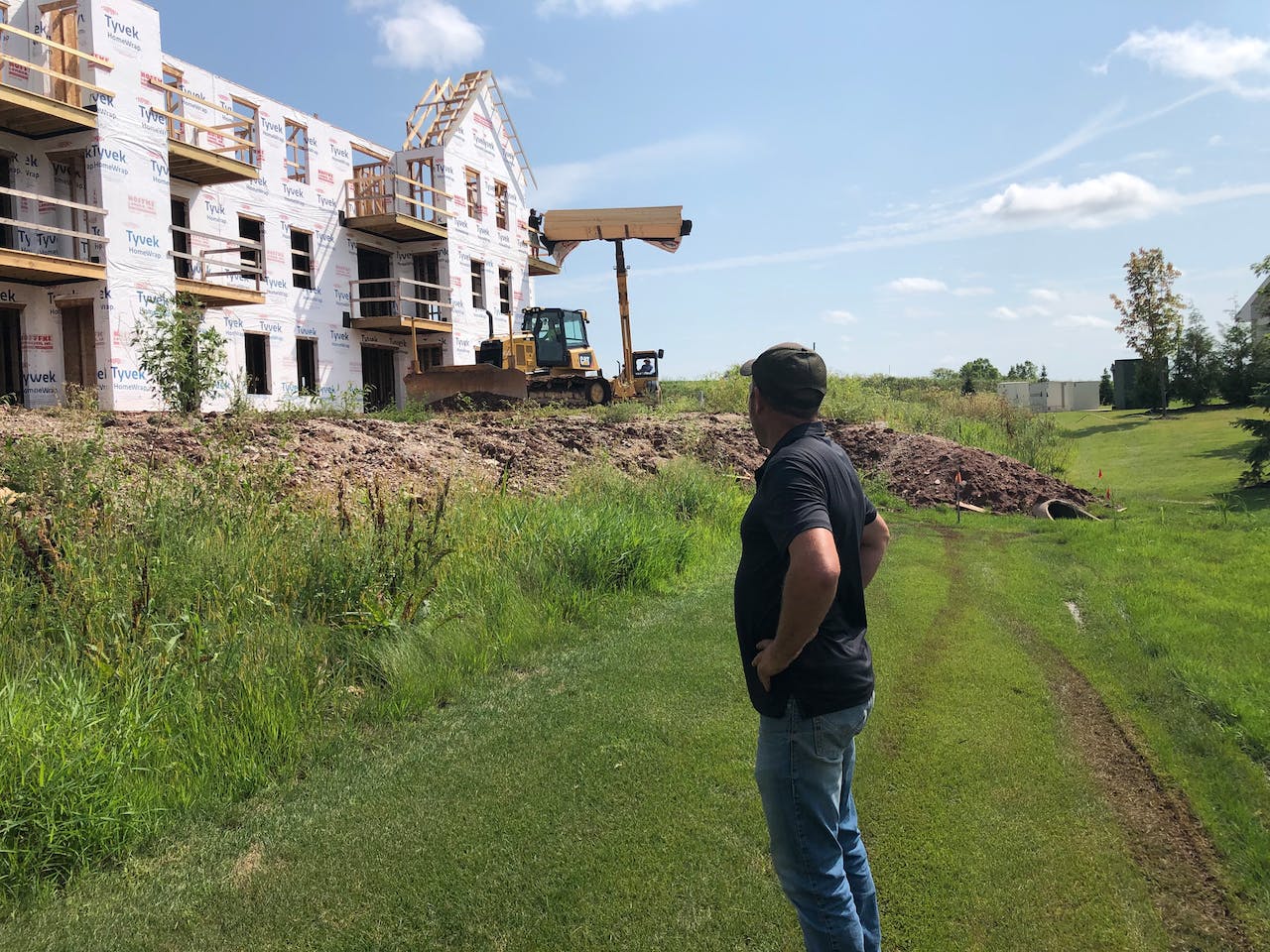 Jason Guelig found his niche with site development on multifamily housing construction.Equipment WorldHaving started with just a dump truck, a backhoe, a loan and himself, Guelig is pleased with the way his company has grown and hopes to maintain its current size.

“I am just to that point in the size of a company that someone needs to do what I do, and I can't go bigger because then there needs to be another me,” he says.

He laughs and adds, “And I just can't do that.”

The company has found its place, primarily focusing on sitework for the area’s booming multifamily housing market.

“I like to stick at what I'm good at,” he says. “What I'm good at is multifamily. And we’ve just got it down. We’ve got the right size machines for the work that we do, and my guys like doing it.”

He also feels confident he can stand behind the quality of the work at the company’s current size.

“I still enjoy the fact that I'm involved in every project. If I have to put my name behind it, I'm going to be involved.” 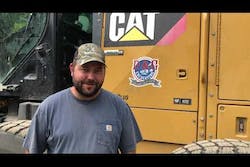 Video: How This Contractor Started a Daycare to Retain Workers 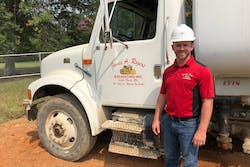 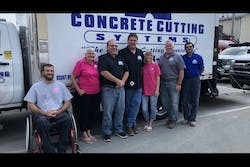 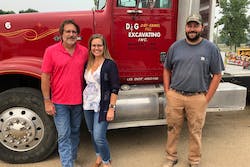 Facing Ruin, This Contractor Buckled Down Instead of Buckling Under