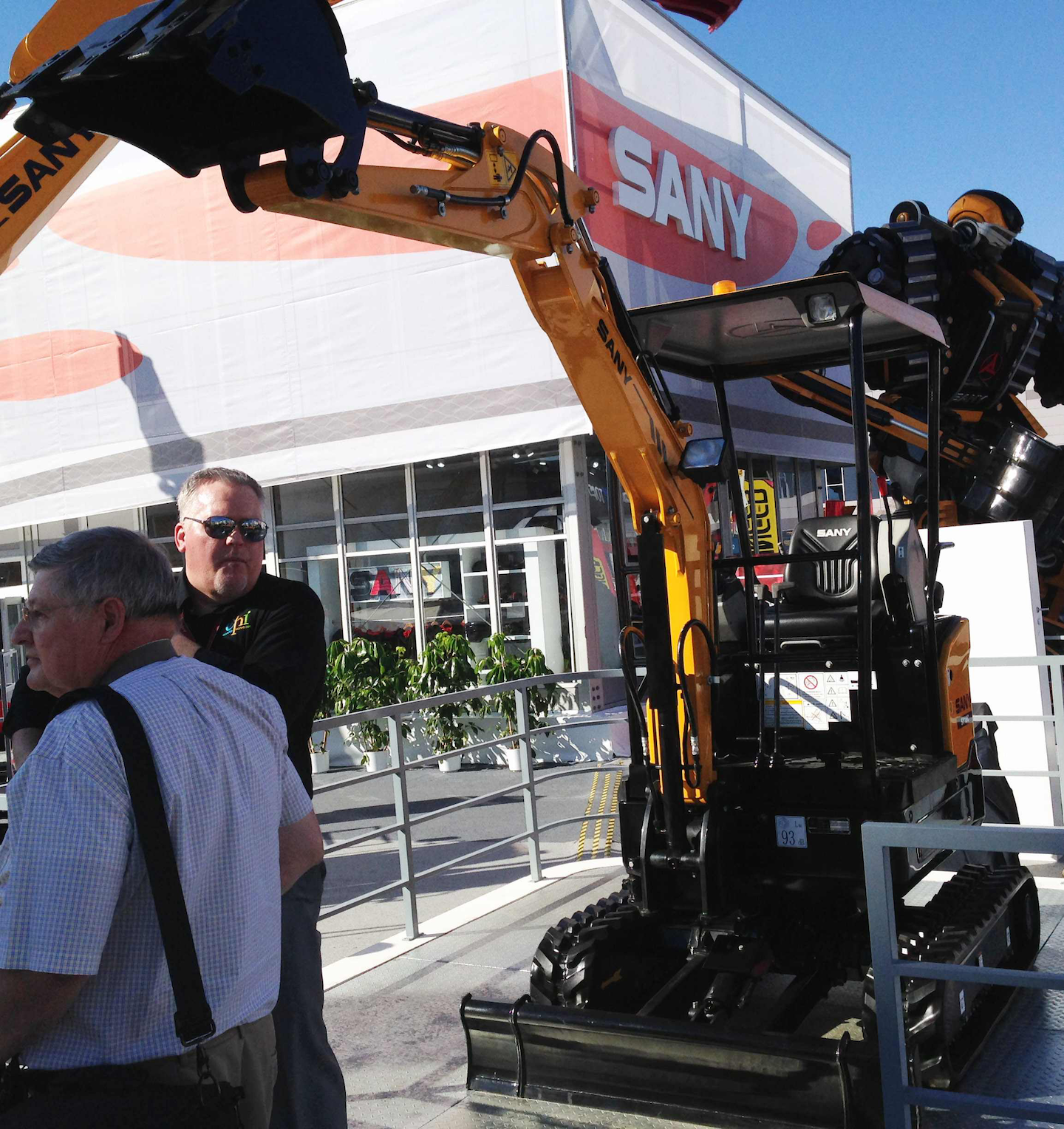 With three new machines in its booth, including two new compact excavators, Sany America is poised to deliver on the full faith of the Sany Corporation, says new CEO Mike Rhoda.

“Sany is now the 5th largest construction equipment manufacturer in the world, so that’s a lot of horsepower,” Rhoada said to a packed press event on Thursday.

With 40 dealers across all product lines, including cranes, the company is “well on its way to covering North America,” Rhoda says.

The SY16C and the SY35U compact excavators are the first compact pieces Sany has brought to North America. With an operating weight of 3,858 pounds and a maximum dig depth of 7 feet 8 inches, the short-tail-swing SY16C has a bucket breakout force of 8,333 pounds.

The zero-tail swing SY35U weighs 8,333 pounds, with a maximum dig depth of 10 feet 2 inches, and the enclosed cab has standard air conditioning. Both models have a hydraulically controlled dozer blade and load-sensing hydraulics boost fuel economy.

“Approximately 25 percent of all compact excavators sold here are in the 3- and 4-ton size class, so the SY35U hits a sweet spot,” says Eric Teague, vice president and general manager, with Sany America’s earthmoving division.