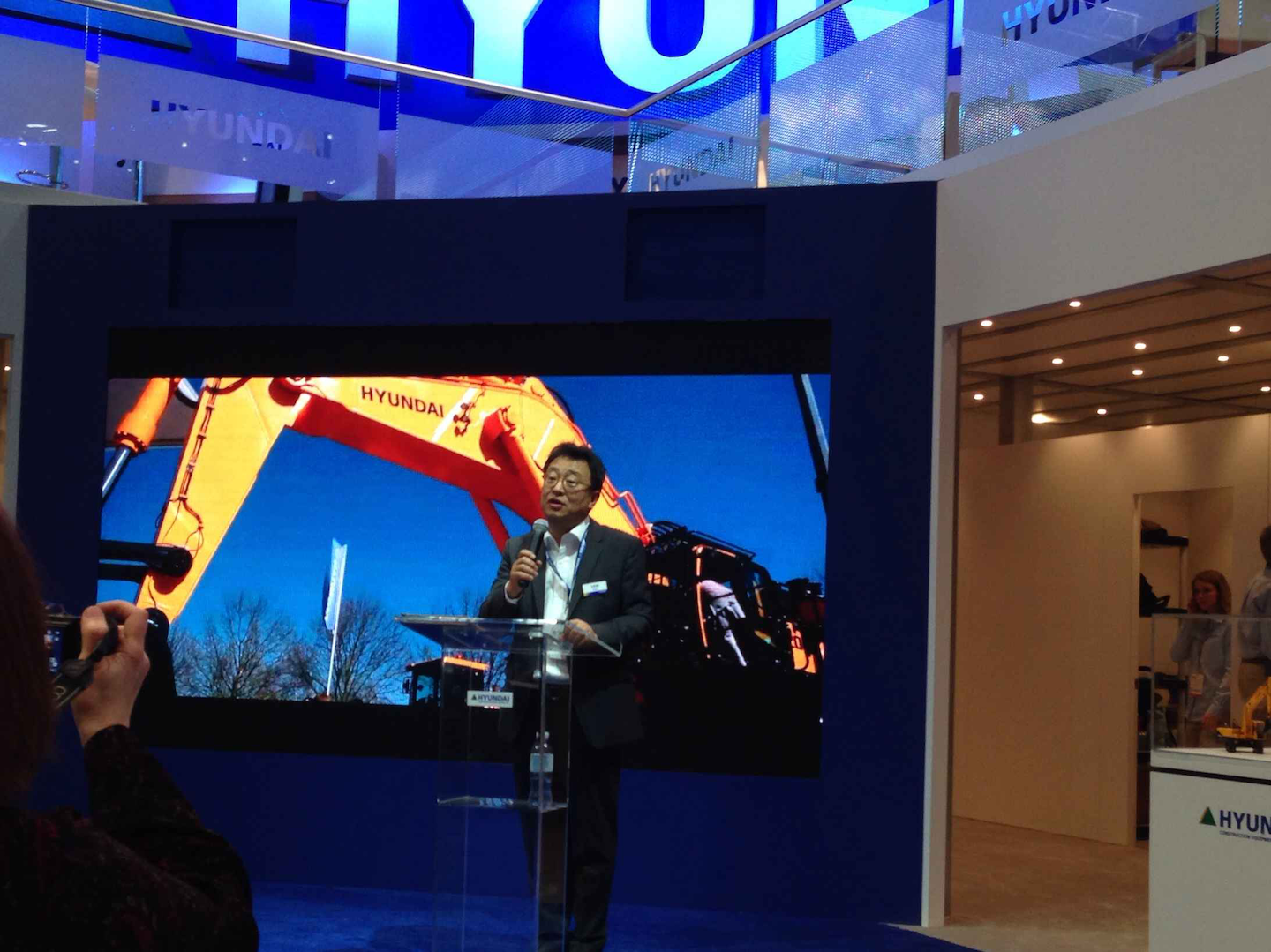 At a media event Tuesday at ConExpo-Con/Agg, Hyundai Construction Equipment President S.M. (Sam) Yoon said the company plans to introduce the first model of its Tier 4 Final F-Series at the end of this year.

Yoon offered no further details about the plan, but Vice President of CE Sales Kirk Gillette provided insight into the another plan the company is pursuing: business growth.

Hyundai is focusing on five areas to grow its business.

The first is expanding sales territories. Gillette said the company is increasing the number of dealers and upgrading dealers in North America.

Hyundai’s partnerships with attachment suppliers and other companies also help grow its business, Gillette said, pointing to the manufacturer’s partnership is with Cummins.

Gillette also said products such as the 9A series and the upcoming 9F Tier 4 Final will help grow business.

“Today we’re focused on excavators and wheel loaders,” Gillette said, adding that the company is now beginning to offer a compaction equipment line as well.

Hyundai introduced six new equipment models at the event, including the first model in its new compaction equipment line.