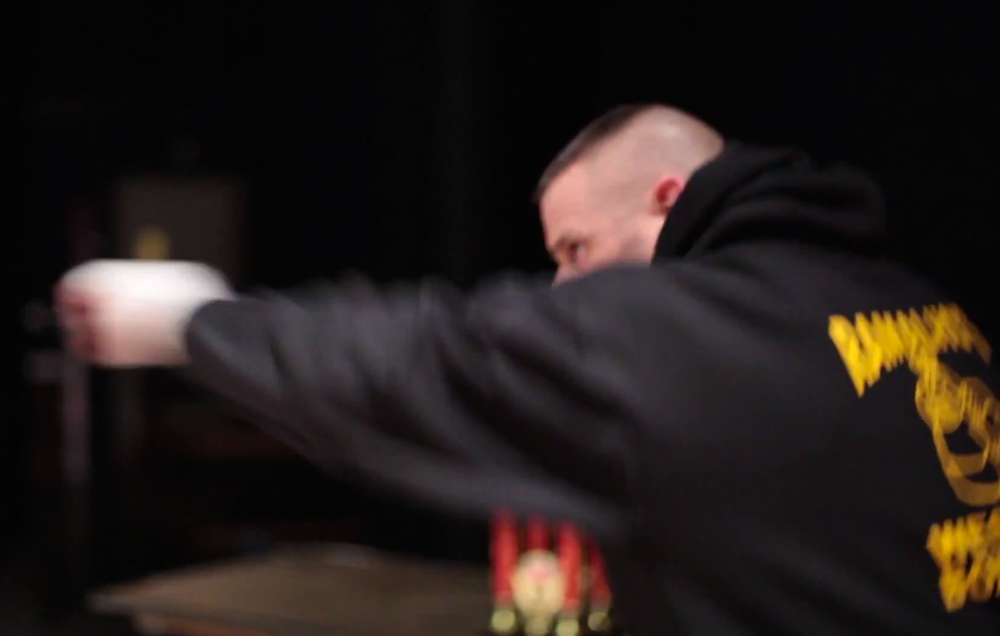 You don’t get very far in the construction business without a competitive spirit, the ability to duke it out, to hang in there for the count, give as good as you get. In the case of Equipment World’s 2014 Contractor of the Year, Jeremy Hiltz, of Ashland, New Hampshire, those words are more than metaphors.

Having worked his whole life in construction, Hiltz doubted he could compete in boxing, but it had been an interest of his for quite some time. The Vermont Golden Gloves has a tournament every year where they hold a Masters Division, and his coach suggested they work towards that.

As an adult, Hiltz stays committed to a healthy lifestyle, exercising on a regular basis. Using boxing as a routine part of his workout, Hiltz’ coach Greg Avila commented on his ability in the ring and suggested he take it seriously.

They trained daily on top of a typical work day. Hiltz’s coach knew Dicky Eklund, a pro boxer/trainer who was in the movie “The Fighter,” filmed in Lowell, Massachusetts. He knew learning from Eklund would be a great benefit to Jeremy so they started doubling up his training sessions, going to the West End Gym in Lowell on a regular basis.

Hiltz trained for four months leading up to the fight in January. During this time, he sustained broken ribs twice while sparring. After the fact, Eklund was astounded at the fact that Hiltz didn’t stop him. “Even my pros stop me after a minute,” Eklund says. “Hiltz never said a word even after six, three-minute rounds.”

There was considerable healing time needed, which did interfere in his training. To make matters worse, just as the ribs healed Hiltz got pneumonia. Luckily, Hiltz was able to shake that just in time for his Vermont Golden Gloves match.

At the fight the only available opponent for Hiltz, who had been training as a heavyweight, was the super heavyweight defending champ – 100 pounds heavier, with a 6-inch advantage in reach and height.

Despite the disadvantage, Hiltz’s competitive spirit wouldn’t allow him to decline the match. He hung in for three rounds and was scoring well when a blow to the back of the head caused his legs to wobble. The referee would not allow the match to continue.

Nonetheless, Hiltz was thrilled to have the opportunity to box against a great fighter and bring to the boxing ring the same dedication and focus that have made his construction company a success.