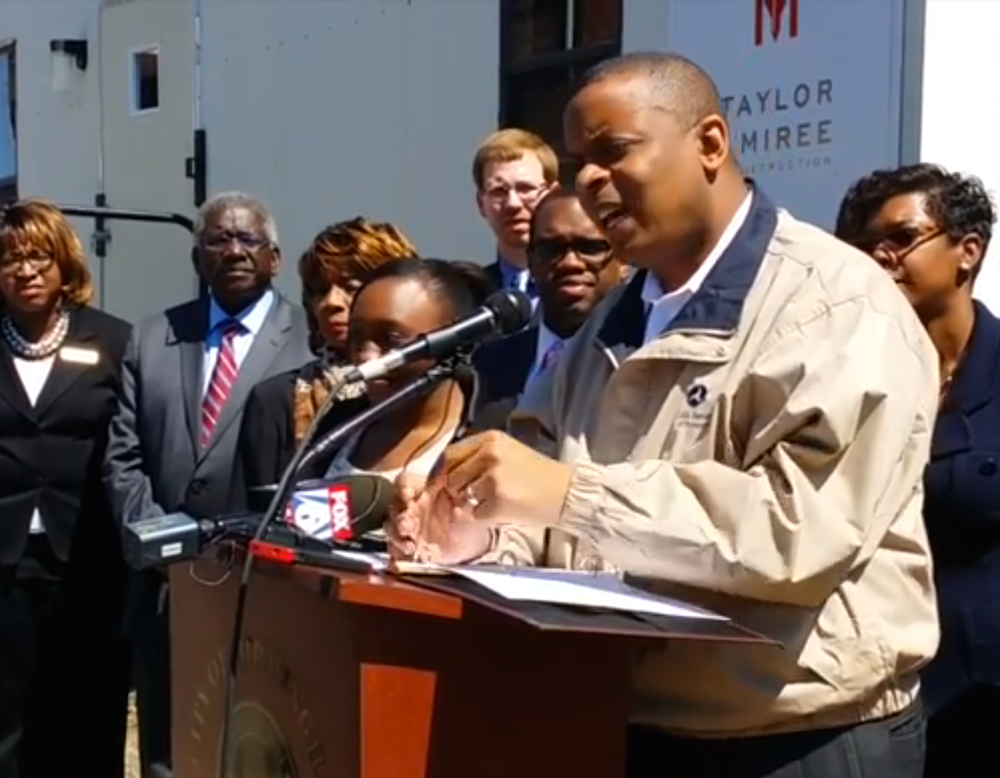 Secretary of Transportation Anthony Foxx says a short-term solution won’t do this go-around for transportation funding, and he’s on the road this week pushing the Obama administration’s four-year $302 billion plan and making localities and citizens aware of the Highway Trust Fund’s nosedive.

Foxx spoke in Birmingham, Ala., Wednesday in the eighth stop of his week-long Invest in America tour that began Monday in Ohio and wraps up Friday in Dallas.

With the Highway Trust Fund quickly heading toward insolvency and the expiration of MAP-21 looming, Foxx’s tour is part educational and part motivational, telling listeners at each stop about the consequences of Congressional inaction on funding and urging them to call their representatives and senators.

“Let me say this: We can come together as a country and do this. We’ve done this before,” he said. “By August or September we’re going to run out of money, and we can’t stop ourselves in our tracks. We can’t stop America from growing. That’s where the future is. So let’s figure it out and get to work.”

Congress has passed 27 short-term measures in the last five years, Foxx said, and short-term patches (which he called “band-aids”) make it difficult for states and cities to plan larger highway and infrastructure projects that rely on federal funds for support. Foxx said Congress is “almost out of options,” referring to prior attempts at backfilling the HTF with general fund money and other failed attempts to shore up highway funding. 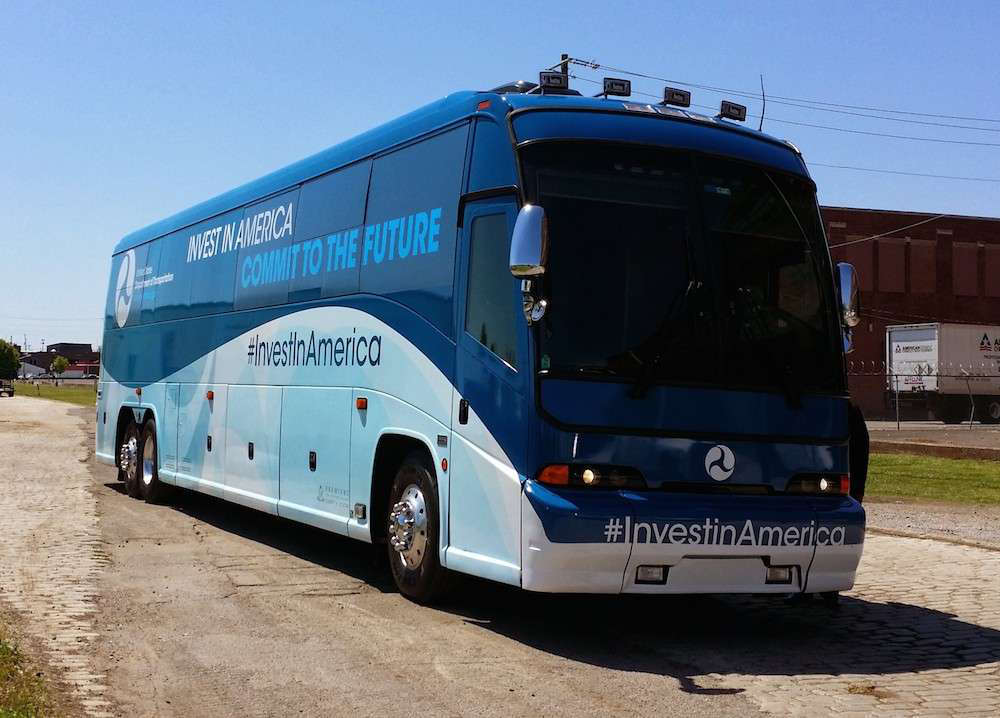 The Invest in America bus is taking Secretary Anthony Foxx and co. on an eight-state tour as he pushes for a long-term highway bill. The bus also serves as a rolling advertisement for the tour.

“The bottom line is we’re supporting a vision that is a four-year vision, not a three-month vision and not a six-month vision,” he said. “Our plan is built off what’s remaining in the gas tax coupled with business tax reform…giving communities four years of complete certainty over how transportation is going to go.”

Rep. Dave Camp (R-Mich.), chair of the House’s Ways and Means Committee, announced an alternate highway funding plan the same day the president did. Camp’s proposal would implement changes to the U.S. tax code—aimed at boosting economic growth—and would dedicate $126.5 billion to highway and infrastructure funding.

The Obama and Camp proposals “are in the same zip code,” Foxx said Wednesday after his Birmingham speech, and he hopes in the coming months the two plans can be reconciled into a long-term solution.

The administration also has “expressed an openness to ideas that may emerge that Congresspeople have among themselves about this and will continue to keep an open ear and open mind to what comes back,” Foxx said.

A bi-partisan group of key Senators working on the next highway funding bill announced last week a set of priorities for their legislation, which include making the bill five or six years and maintaining current spending levels.