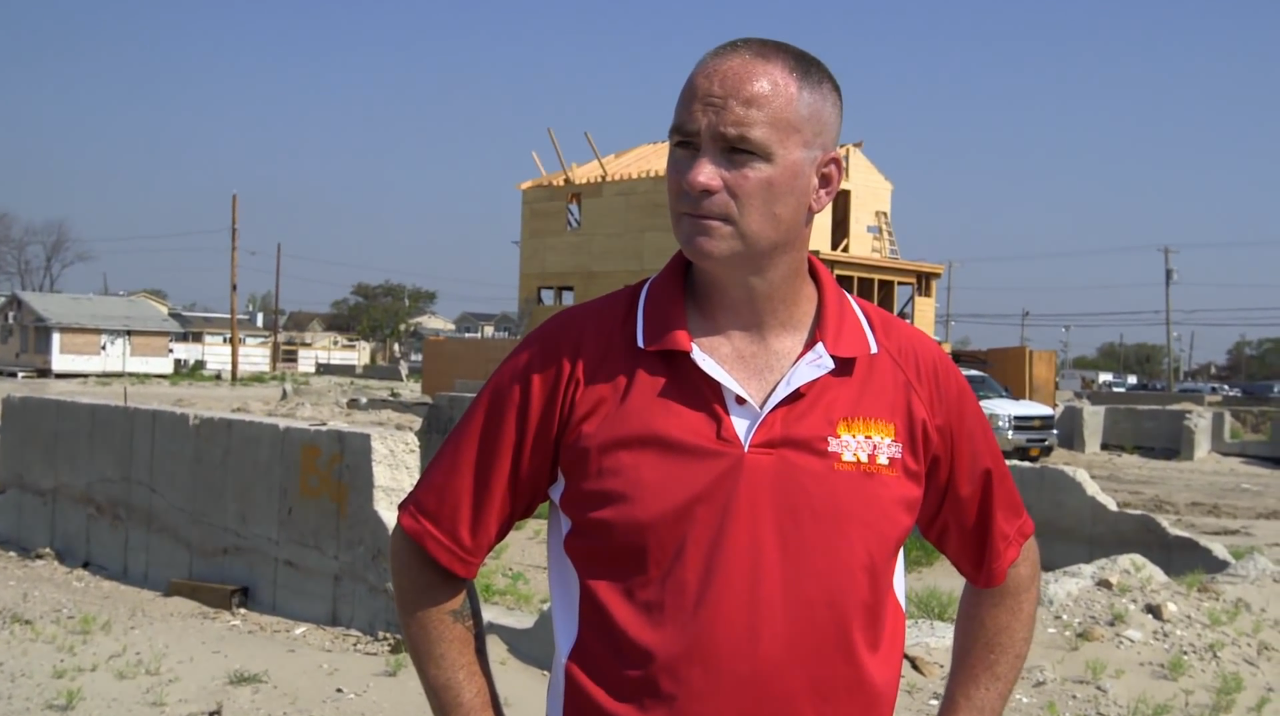 So, when Hurricane Sandy hit the East Coast in October 2012, devastating the communities of Rockaway and Breezy Point in the borough of Queens, Nolan and fellow firefighters went to work rebuilding homes there.

“I was a licensed contractor prior to Sandy, so we came together as the fire department always does and did whatever we had to do to get people back into their homes,” Nolan says in the documentary.

The story is told in a well done five-minute part of a larger documentary series by Shell Rotella called “Unsung.” The series of docs focus on unsung heroes and their hard work.

Nolan and his crew’s efforts eventually grew into a construction company working to rebuild more than 20 homes in the affected communities. More than 100 Rockaway and Breezy Point homes were flooded or burned to the ground in the aftermath of Sandy.

Don’t miss the short documentary below.