Thousands of workers for one of Pennsylvania's largest road and bridge contractors had $20.7 million worth of retirement and other benefits stolen from them in the largest federal prevailing-wage theft case in U.S. history, according to the state's attorney general.

Some of the money instead went toward retirement accounts for corporate executives and toward undercutting other contractors on competitive bidding for PennDOT projects, said Attorney General Josh Shapiro during a press conference April 8.

Glenn O. Hawbaker Inc. of State College faces four felony counts of "theft by failure to make required distribution of funds received." The family-owned company has been in business since 1952 and won $1.7 billion worth of PennDOT road and bridge projects between 2003 and 2018, Shapiro said. It has about 1,200 employees, with about 100 in its corporate headquarters in State College, according to court documents.

"For decades, they led everyone to believe they were playing by the rules," Shapiro said. "... But it was all lies. In reality, they were engaged in a mass, unprecedented fraud."

Since the charges, the company has been suspended from bidding or participating in state contracts with the Pennsylvania Department of Transportation starting April 19.

Shapiro said the company, like all other employers, is required to pay prevailing wages by state law and the federal Davis-Bacon Act on government projects. The laws require all of the workers' wages, which are set by the government, to go to the workers. Some of that wage can go toward the workers' retirement, health and other benefits, but all of it must go to the worker in some way.

But instead of putting all of the money that was supposed to go to workers' retirement accounts, Hawbaker funneled it into pension funds for all employees, including company executives, Shapiro said.

The workers "doing the back-breaking work on Pennsylvania's roadways had their retirements stolen from them in order to go into the pockets of C-suite executives," he said.

The company would also overstate workers' medical costs, claiming it had paid an entire hospital bill, for instance, when insurance had paid for most of it, according to Shapiro.

The AG's investigative team determined in one example in 2018, the company claimed health care costs of $18.65 an hour, when the actual cost was $6.67 an hour. This allowed it to underbid other contractors on contracts by setting their own costs, he said.

"They weren't stupid about it," Shapiro said. "This was a sophisticated operation that spanned many years."

However, the statute of limitations on the crimes only goes back to 2015. The four theft charges cover the period between September 1, 2015, and December 31, 2018, according to the criminal complaint. During that time, the company "stole just under $20.7 million of prevailing wage workers' fringe benefit money," according to an affidavit of probable cause from Thomas J. Moore II, an investigator in the AG's office.

The affidavit provided this chart breakdown of how the scheme affected workers' pensions and health and wellness benefits:

Harry Ward, a bridge worker at Hawbaker for 30 years, discovered a problem with his retirement plan in 2018. The funds he had expected to receive from Hawbaker didn't match his account. He checked with PennDOT and confirmed he was short thousands of dollars.

"You're the hero in this story, and we're grateful to you," Shapiro told Ward, who was in the audience at the press conference. "We're going to get you your money back."

Toward that effort, the attorney general has set up a hotline number for Hawbaker workers and retirees at 814-746-3518. Shapiro said the AG's office knows who the victims are and will also be reaching out to them.

Shapiro also said Hawbaker has cooperated with the investigation. The company told investigators it relied on bad advice from a former counsel, and it has changed its methods since the investigation began, according to the affidavit, and money is now being directed properly.

Hawbaker released the following statement in response to the charges:

"Glenn O. Hawbaker is a third-generation, family-owned company that has been in business for nearly 70 years. Upon learning of the Attorney General’s investigation in 2018, we have cooperated fully. While we believe that we have always acted in accordance with all state and federal laws, in an abundance of caution, the company immediately changed its prevailing wage practices. These changes remain in effect today as we continue to do what’s right for our employees, both past and present. Our company will continue to work constructively with the Attorney General’s office to reach a swift resolution. Since 1952, Glenn O. Hawbaker’s mission has been to build, serve and advance local communities, and that will never change."

Shapiro said this is the third case of prevailing-wage theft in the state in the past three months. "I want to tell you that you are now on notice," Shapiro said, directing his message to employers. "If you steal from your employees, if you misclassify workers, if you violate our labor laws, we are going to find you, and we are going to hold you accountable to the fullest extent of the law." 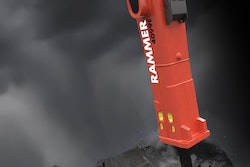 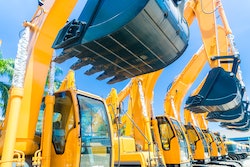 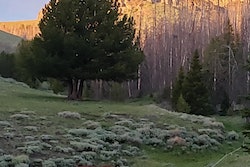