According to reports by the Fort Meyers News-Press  and Cincinnati.com, Gerald P. Koller, 49, owner of JK Excavating and Utilities, has been charged with shooting and killing 28-year-old Jonathan Joseph Breadmore at a boat dock behind Koller’s Cape Coral home. Breadmore worked as a boat detailer; his body was found laying on a dock near a boat behind Koller’s house.

A caller reported hearing four to five gunshots, and news reports said police used loudspeakers to order Koller out of his home.

After being seen pacing back and forth in his home, and yelling obscenities, Koller surrendered to police. According to the Cape Coral Police Department report, he then told officers, “Go big or go home. You might as well take me to prison.”

Police say that Koller later told them, “I snapped and that’s all there is to it.” When police asked for an explanation, Koller declined, but later said, “I’m crazy. Just lock me up.”

Hess’s death was profiled in Equipment World’s recent special report on trench collapse fatalities. He died in a 16-foot trench working on a sewer tap-in at a housing project in Morrow, Ohio. Initial news reports placed the trench at 25 feet deep.

OSHA placed JK Excavating in its Severe Violator Enforcement Program and issued four citations and penalties for violations to the Occupational Safety and Health Act: 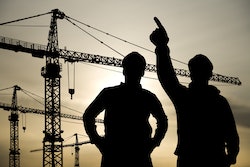 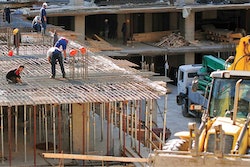