President Barack Obama in his sixth State of the Union address made little mention of issues related directly to construction and transportation, which has in years past come in the form of the president pushing Congress to do more to fund highways and other transportation infrastructure.

Unlike recent years, however, the president only briefly addressed transportation infrastructure funding, fitting it into a larger point about U.S. infrastructure and using it as an example of a policy point he said has bipartisan support from lawmakers.

And though he did not mention the proposed oil pipeline by name, Obama framed his mention of infrastructure funding as a more pressing issue than the Keystone XL.

“Twenty-first century businesses need 21st century infrastructure—modern ports, and stronger bridges, faster trains and the fastest Internet,” Obama said roughly in the middle of his SOTU address. “Democrats and Republicans used to agree on this.  So let’s set our sights higher than a single oil pipeline.  Let’s pass a bipartisan infrastructure plan that could create more than 30 times as many jobs per year, and make this country stronger for decades to come.”

In last year’s State of the Union address, the president pushed for a long-term highway bill, fleshing out U.S. infrastructure for natural gas and for improving fuel efficiency for heavy trucks.

This year, however, Obama’s address focused on economic gains the country has seen in recent years and “middle-class economics,” pitching proposals for free community college, paid sick leave for employees and using potential tax increases on the rich to fund other projects. He also spent time on international policy, mostly focused on U.S. force against the Islamic State in the Middle East.

Despite urging Congress to act on infrastructure funding, Obama did not mention increasing fuel taxes or other highway funding specifics. There are numerous proponents in the construction industry of increasing the fuel tax, which has not seen an increase since 1993. The federal fuel taxes on gasoline and diesel raise more than $30 billion each year and thus are the single most important source of transportation funding for the U.S. government.

That $30 billion just isn’t cutting it though, mainly due to the fact that, due to cars being more fuel efficient than ever, people are buying less and less fuel. Because of that, some argue that the fuel taxes should have been increased with inflation over the years.

The official Republican response to the president’s address, delivered by Sen. Joni Ernst (R-Iowa), was also quiet on highway funding and transportation issues. Her only mention of infrastructure funding came as a push for U.S. support for building the Keystone XL pipeline. 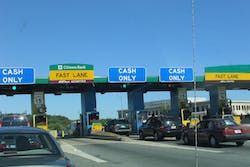 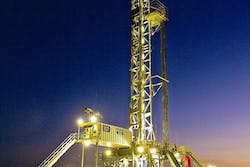