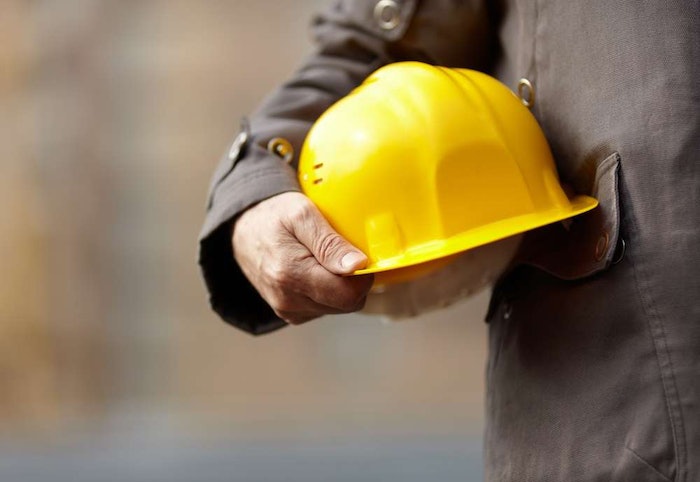 Equipment World announces its 2015 finalists for the Contractor of the Year program, now in its 15th year.

Each of the 12 finalists will be the guest of program sponsor Caterpillar during a event-filled weekend at the Wynn Resort in Las Vegas, including an industry roundtable, awards banquet and attendance at the NASCAR Kobalt Tools 400 race at the Las Vegas Motor Speedway. The 2015 Contractor of the Year, named at the Saturday night awards banquet, will be featured on the May 2015 cover of Equipment World; each finalist will the subject of a magazine article in the subsequent months.

Here are the 2015 finalists and a sampling of the reference comments that caught the attention of our editors:

“He’s first class and competitive; he’s probably tripled in size since we started using them. We had a job where it turned out the excavation part was much more challenging than anyone anticipated. Andrew jumped in the excavator and handled it all himself and really pleased the customer with the end result.”

“He’s really shined during the downturn, and diversified. He’s managed his growth as well as you can with this economy.”

“They have very talented individuals who work for them who are easy to work with, which is hard to find anymore. Things always run smoothly with them.”

“Their lead foreman has a lot of experience and is very cool headed. He’s just what you want in a high stress situation.  I’m very impressed with their yard and office; they run a tight ship.”

“Bradley knows his name is everything and he will do whatever it takes to make sure that when he’s done he’s got a good reference.”

“When he sets out to quote a job, it’s dead on. He doesn’t miss much. And he knows his equipment inside and out. He wasn’t given anything and he went in there and started a company and has grown it by hard work and honesty.”

“It’s striking how incredibly cross trained everybody is; estimators know how everything goes in the field and the knowledge in the field blows everyone away. They have diversified, reinvested and stayed on the cutting edge.”

“His business has been a key part of our business in building our market here. We’re very thankful he’s been on our side.”

“There’s not one person who can talk bad about Dave Spurr and his company and what they do and they way they go about their business. I think he stands for what the this award means.”

“They had one very difficult job that involved an endangered species and there were high fines on the line and they did it without one adverse finding, which is a great credit to the crew.”

“He’s the most honest person I’ve met. Even if it’s to his disadvantage, he’ll tell you the truth. If you could sum it up in one word it would be integrity.”

“Larry has one of the smoothest run companies ever. He’s demanding and thorough and about as classy as you can get.”

“They really get ahead of the curve. They have a lot of foresight in keeping owners and operators apprised of issues.”

“When you work with them you feel like you are working as part of a team to get a job done, which is rewarding. And they’ve got a heck of a business.”

“I can’t think of anyone I would recommend higher and I’ve been in this market for 30 years. He’s as good as there is. I know what you’re looking for and they would be perfect.”

“He’s an example for others in the industry. He’s the most ethical contractor I know.”

“Pettiecord is the top of the line; they are one of the most professional, easy to work with, outstanding firms that we’ve ever worked with. They always do the right thing; they make the right decision for the right reasons, even if it costs them a little more money.”

“If he tells me he’ll be ready on Tuesday at 7 a.m., I can promise you he’ll be ready. I don’t have to double check what he tells me, ever. Sean is definitely hands on from point A to point B. “

“Every job they do, they go above and beyond. Whoever put them up for this award was right.”

“He’s very in touch with trends in the industry and what new technology can do for him.”

“They are by far the best in Southern California. They have the most equipment, the newest equipment and the best operators. Everything about their crews is a 10.”

“They are just an awesome group of guys, and they’re just as capable as the big guys.”

“People look up to Andy, and he’s done wonders with that company. When he came in from the field and took over the business, it’s been amazing to watch.”

“When other contractors know they’re bidding on a job, they know they need to sharpen their pencils because Supreme Metro is on the cutting edge of technology and know how to get it done.”

“His employees love staying engaged in this business, and they watch out for it like it’s their own. And he’s always looking to improve; he’s not happy until he’s exhausted every avenue to grow his business.”

“Joe is one of the most ethical contractors I’ve met. He’ll go the extra mile to make the owner happy. If something is in a gray area, he takes care of them. He’s at the top of my list as far as ethics.”

“They are a very aggressive company in a respectful sort of way. They’ve continued the good roots set down by the father.”