In the search for morality tales about the consequences of inadequate investment in infrastructure, it would be hard to top the quagmire of Sao Paulo, Brazil’s largest city.

In a recent article for the BBC, journalist Katia Moskvitch noted that the city’s traffic management agency described a rush hour traffic jam last May as a 214-mile cumulative queue. Other great cities in countries experiencing rapid economic growth have similar problems. Economic growth ushers in a vast new class of people able to afford cars, and they arrive on the highways many years before the highway capacity can be expanded to accommodate the mushrooming fleet of automobiles.

Sao Paulo’s traffic problems were already evident in the mid-1990s, when I toured the area with a group of construction equipment manufacturers. Even then, use of area roads was rationed—even-number license plates one day, odd-numbered plates the next. There were other infrastructure needs, too. From the highway you could see ribbons of concrete running down the hills where masses of poor people lived. The concrete ribbons were open sewers that emptied into what was once a river but had become more of a canal filled with viscous sewage that required constant dredging.

We Americans think such things can’t happen here, but they can. Great civilizations rise and fall, sometimes due to war or pestilence, sometimes because of generations of complacency and corruption. Letting infrastructure decay is seductively easy for a society that refuses to face challenges.

Roads and sewers and power grids don’t turn to dust in a year or two, they corrode gradually over decades, each year of inaction easy to rationalize, until at some point the decay is so severe you face monumental rebuilding challenges requiring funds no longer generated by your economy.

Such dire thoughts occurred to me in the political furor following the primary election defeat of Eric Cantor, the once-powerful Republican majority leader in the House of Representatives. Analysts suggested that much of the momentum for his ouster stemmed from his willingness to compromise with moderates and liberals on budgets and immigration reform. Several construction industry analysts took Cantor’s loss as proof that the GOP will now be rigidly opposed to any compromise on things like the federal fuel tax and our failing federal transportation program.

The consequences of inaction won’t be visible for years to come, but they are real enough. Every year that we lack the resources to adequately maintain our roads and bridges, more bridge structures and lane miles of pavement decline from maintenance projects to rebuild/replace challenges, and the cost of intervention expands exponentially.

Getting this message to the grass-roots forces who have powered the revolt against taxes and government will require more than the traditional educational efforts in Washington. It will take grass-roots construction people taking the educational message to conservative gatherings where they live and work. That’s where decisions are being made today. 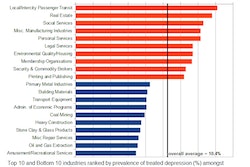