I don’t see why people feel compelled to celebrate Earth Day—which was yesterday if you were fortunate enough to avoid the phony phenomena of a day of brainless, bumper-sticker sentiments.

For one, Earth Day isn’t real news. It’s what Daniel Boorstin years ago called a manufactured news event. They wouldn’t exist if it weren’t for the media’s desire to hype them. Boorstin used to be required reading in college. Perhaps not anymore because Earth Day is one of the cherished touchstones of college-educated environmentalists.

You rarely see welders or heavy equipment operators getting excited about Earth Day. Then again, most welders and heavy equipment operators are fully employed. Perhaps they don’t have time to reflect on the meaning of Earth Day because they’re too busy bringing clean water to your tap, generating electricity for your house and building paved roads so Amazon can deliver goodies to your door.

The biggest sham for Earth Day 2014 was the spectacle of Environmental Protection Agency administrator Gina McCarthy jetting all over the country to give speeches on a five day tour. Might we remind Ms. McCarthy that air travel creates more pollution per passenger mile than any other form of transportation.

Next time, I recommend she take the bus, which would be far more appropriate since buses have the smallest carbon footprint of any transportation mode. Buses are even more carbon efficient than trains, but I doubt our environmental elites would ever set foot in such a low-class mode of transportation. Some burdens, even for the planet, are just too heavy to bear.

Long term, the EPA has hurt its credibility by continuing to promote the use of ethanol blends in gasoline.The ethanol industry lobbied Congress for this 30 years ago, saying it would reduce oil imports and air pollution. Neither turned out to be true, but in addition to buying Congress’ fealty, the ethanol lobby tweaked the legislation so that the oil companies would also benefit from a $1 a gallon ethanol tax credit. So with environmental groups clamoring for it and Congress and Big Oil bought off we now have a failed and counterproductive energy policy that the public doesn’t want and nobody can change.

I’ll be the first to admit, this is the way things get done in the United States. The collusion of politics, big business and money has a long history. It’s how we built the transcontinental railroad and the nation’s electric grid. If a few fat cats grew rich off these schemes, so be it. Happens all the time.

But the difference between these early infrastructure projects and ethanol is that everybody in the country benefited from the railroads and the power grid, not just the fat cats.  With the ethanol debacle, nobody benefits except the fat cats. E10 makes air pollution worse, decreases your miles per gallon and has ruined many a small engine.  I have yet to meet a construction contractor who hasn’t had a problem with bad gasoline and most are pretty hot about it. I listen and I sympathize, but the government doesn’t.

What irks me about the EPA is its complicity in all of this. The EPA was supposed to be one of those objective, unbiased, research-driven government agencies, staffed with the best and brightest in their fields. And for a time it was. The EPA’s early victories were something to celebrate.

But then something happened. The agency became more a political organization and less a scientific one. With ethanol, the EPA put propaganda ahead of science in the service of raw power. I have no problem if the Koch brothers or the Sierra Club want to send out flaming reams of propaganda for their respective side of the debate. It’s a free country. But the EPA lost me when they decided to side with the power brokers against the people and against overwhelming evidence to the contrary.

This should matter to you if you work in the construction or transportation industries, because the EPA is going to come after your job in the next decade. Facts and science will be no impediment to the campaign for a low-carbon future. A few people like Al Gore will get unimaginably richer off this. The rest of us will only get poorer.

If you want me to celebrate Earth Day I will when EPA officials spend it drawing their water from a well, washing their clothes in a big pot on an open fire, digging their own food out of the ground, walking to work and spending what’s left of the day in unlit, unheated, uncooled dwellings. That’s what a low carbon future looks like. 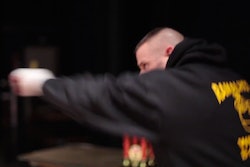 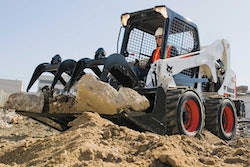 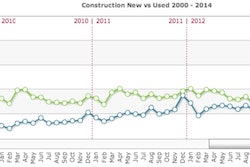