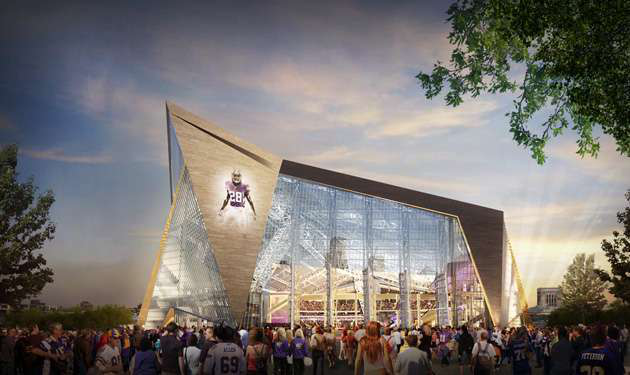 The Minnesota Sports Facilities Authority is in the process of doing a bit of recalculating and prioritizing as it faces the challenge of staying within the $975 million budget for the next home of the Minnesota Vikings in downtown Minneapolis.

According to a report from Finance & Commerce, the challenge of finding skilled laborers has caused contractors bidding on the project to up their bids. The impact is between $20 million and $30 million beyond the budget.

In response the authority is in the process of deciding what it wants to keep on the budget and what things it wants to remove to be added later. Meanwhile, the Vikings have agreed to pay $13.1 million extra to ensure elements of the stadium the team feels are important aren’t cut, such as video boards and club seating amenities.

Though construction demand has returned, contractors across the country are facing the challenge of finding enough skilled workers. There are jobs to be had, but many of the workers with the skills and experience required either left the industry during the downturn for more stable work, or retired.

The challenge facing the stadium’s construction is only the latest piece of evidence that the skilled labor shortage is having a severe impact on the industry’s rebound.