We all make mistakes. But very few of us have made one as monumental as this one.

Via Gizmodo, sourced from a report by El Pais, after building 47 stories of the Intempo skyscraper in Benidorm, Spain—designed to be a monument signaling the city’s return from the country’s financial crisis—the builders realized they had forgotten to include an elevator.

Apparently, the building was originally designed to top out at 20 stories. Along the way however, the developers of the project decided to up the height to 47 stories.

El Pais reports that construction of the building “has been plagued with problems,” including the project’s finances being taken over by another bank when the mortgage for the building was written down by 50 percent.

At this point, the developers of the skyscraper still don’t have a solution to the problem. And they won’t get any help from the building’s original architects who have since resigned. 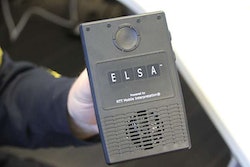