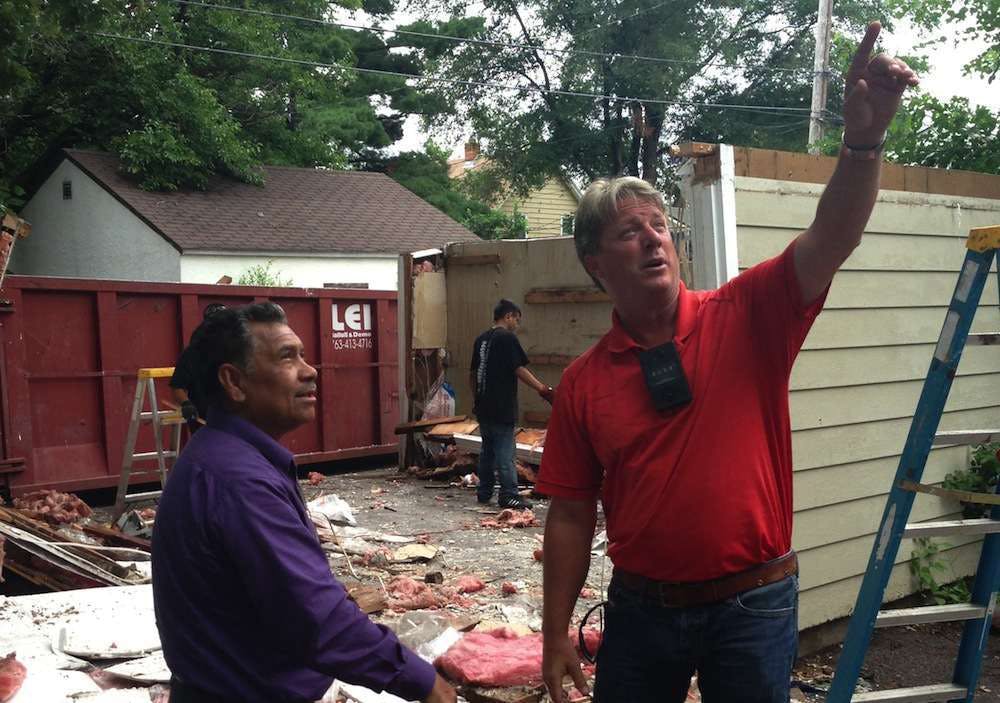 Charles Howerton on the jobsite wearing and using his ELSA device.

Imagine yourself in the middle of an important project. You need to tell your workers about a crucial step in the building process. You attempt to speak with them, but all you get in return are several confused faces. You’re clearly not getting through.

This was the place Charles Howerton found himself seven years ago. After experiencing frustration with not being able to speak with Spanish-speaking workers, Howerton created a tool—ELSA, or Enabling Language Services Anywhere—to easily communicate with non-English speakers.

Born out of frustration

With 17 years of construction industry experience under his belt, Howerton knew the ins and outs of the business. He owned CNC Construction, based in Minnesota, where he and his crews did home rebuilding and repairs nationwide.

After a hailstone storm hit Minnesota in 2005, Howerton’s company faced a huge influx of work. Businesses were looking for contractors, and Howerton jumped at the chance to expand his company. During this time, many experienced Hispanic workers came to Minnesota looking for work, attracted by Minnesota’s higher pay scale. Howerton saw this as an opportunity to take on work and expand his company.

To communicate with these new workers, he hired a bilingual interpreter. But Howerton found the interpreter wasn’t always accurate in relating what was being said. The crew wasn’t able to communicate with his clients, which frustrated him. So, he did what most people who need to learn a language do: he listened to CDs. But it wasn’t enough.

The issue came to a head when Howerton needed several Hispanic landscape workers to move out of the way at a multifamily housing project he needed to access. Since he couldn’t speak to the workers himself, he asked for help from a friend, Elda Corral, who is of Mexican descent. Asking her to translate for him, Elda successfully relayed the message to the workers.

“It was like synchronized swimming,” says Howerton of how quickly the workers moved.

Live interpretation on the go

It was then that Howerton came up with the idea of using an electronic device that would connect users to a live interpreter. An engineer friend provided him with his first prototype, and it worked perfectly. Now produced by Howerton’s firm RTT Mobile, ELSA is a simple, lightweight device with one button and a large speaker on the front. And it uses high-tech microphones and robust speakers to cut through background noise. 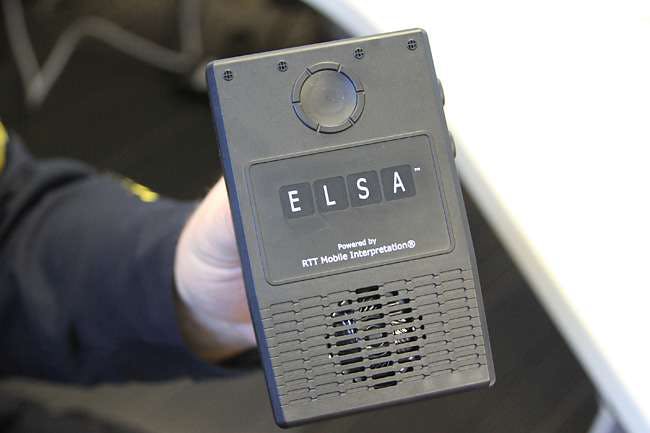 Using ELSA is as simple as pressing the button on the front. Push once for Spanish, and twice to be directed to other language speakers (more than 180 languages are available). The device is immediately connected to a language interpreter company which transfers you to a live interpreter.

Simultaneously, the communication is recorded and stored into a secure data vault, where conversations can be stored for up to five years, and which you can access on your computer or smartphone. Each recording is the property of the customer; the data stored can help with liability issues.

But ELSA’s impact has gone way beyond construction.

Law enforcement and first responders have become early adaptors. For example, first responders used ELSA to communicate with a non-English speaking woman who went into labor on an elevator, guiding her safely through childbirth. “Language barriers can present a number of challenges when officers are responding to calls and investigating crimes. ELSA allows officers to communicate effectively with little delay,” says Anthony Holloway, Clearwater, Florida, chief of police.

On a personal note, Howerton put ELSA to work to bridge the communication gap with his in-laws, whose second language is English. Using ELSA to speak with his father-in-law, Howerton asked for Elda’s hand in marriage. 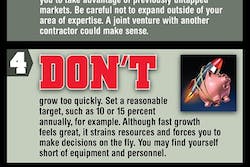 7 steps to stay in the black 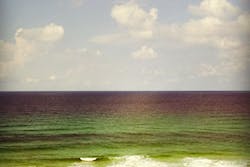 Three reasons every contractor should have taken a summer vacation