With a 13-5 vote Tuesday night, the Senate Judiciary Committee approved an immigration bill that would give 11.5 million immigrants living in the United States illegally a chance at citizenship, the Associated Press reported.

The bill retains the new guest worker program, called the “W-Visa,” that would make a maximum of 200,000 visas available each year. Construction trade groups including the Associated General Contractors of America, Associated Builders and Contractors and the National Association of Home Builders spoke out against the program because it limits the industry to no more than 15,000 of those visas per year.

The Washington Post editorial board argues, this “artificially low limit on visas for low-skilled workers, especially in the construction industry, could create an incentive for ongoing illegal immigration.”

But manufacturers like construction equipment maker Caterpillar will be happy to hear that at the last minute, Senators agreed to a compromise in the bill that would increase the number of highly skilled foreign workers, such as engineers, allowed into the U.S. through H-1B visas from 65,000 per year to 110,000. Plus, there is the possibility that number could increase to 180,000, depending on unemployment levels.

However, tighter H-1B conditions will be applied to companies whose foreign labor accounts for 15 percent or more of their skilled workforces.

The millions of immigrants living in the U.S. illegally, if they arrived here before December 31, 2011, have not left since then and do not have a felony or more than two misdemeanors on their record, will be able to apply for “registered provisional immigrant status” six months after the bill becomes law.

Applicants will also be subject to a $500 fine. Unless the individuals seek a green card or become permanent citizens they must re-register under provisional immigrant status every six years for another $500. After 10 years, the $500 fine increases to $1,000.

Children brought to the U.S. can apply for green cards in five years after the bill becomes law.

President Barack Obama called the legislation “largely consistent with the principles of common-sense reform I have proposed and meets the challenge of fixing our broken immigration system.”

Senate Majority Leader Harry Reid said he will bring the bill to the Senate floor early next month for debate. How the bill will fair in the House of Representatives is unclear. The bill will be heard in a meeting of the House Judiciary Committee today. 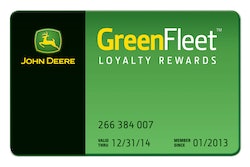