The path toward a final deal on immigration reform has likely been cleared now that the country’s business and labor unions have reached an agreement on a guest worker program for immigrants.

The New York Times reports that on Friday Sen. Charles Schumer, D-New York, held a conference call with U.S. Chamber of Commerce President Thomas Donohue and AFL-CIO President Richard Trumka and the three were able to reach an agreement. The AFL-CIO is the nation’s main federation of labor unions.

Beginning in April 2015, 20,000 visas will be available for low-skilled immigrant workers under what the AFL-CIO is calling the “W-Visa” program. In the second year the amount of available visas would rise to 35,000 before increasing to 55,000 in the third and 75,000 in the fourth year.

Under the agreement, construction jobs will receive no more than 15,000 of the available visas each year.

The unemployment rate will determine whether the program’s visa continues to grow or shrinks, but a maximum of 200,000 visas has been set for each year.

Schumer and seven other senators have been working since November to draft immigration reform legislation. The guest worker program for lowly-skilled year-round temporary workers has been a hurdle in the negotiations for some time.

In order to protect American jobs, the AFL-CIO has fought against any reform legislation that would allow companies to hire lowly-skilled immigrants at low wages.

And it was pay that this agreement centered on. The labor groups were able to ensure that guest workers would not earn less than minimum wage as the two sides agreed “that guest workers would be paid the higher of the prevailing industry wage as determined by the Labor Department or the actual employer wage,” the Times reported.

The AFL-CIO also wanted to ensure that immigrant guest workers would not be eligible in the visa program in more skilled positions such as crane operators and electrician.

After guest workers arrive in the U.S. they can begin to pursue a path to citizenship and change jobs. 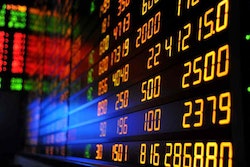 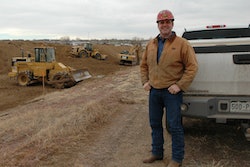