During a speech at the Illinois Business Immigration Coalition in Chicago, Caterpillar CEO Doug Oberhelman said his company has a hard time retaining talent and filling lower-skilled positions due to the hard time its foreign workers have in obtaining a visa to stay in the U.S.

“When we recruit engineers from the University of Illinois, Purdue, Texas A&M, Stanford or wherever, we want the brightest talent. I really don’t care if that person was born in Chicago or India or England. I want that talent working for Caterpillar, not one of those competitors around the world.”

Recently, Chamber of U.S. Commerce President Thomas Donohue and AFL-CIO President Richard Trumka reached an agreement on a guest worker program for immigrants that is expected to clear the way for immigration reform.

Oberhelman said some Cat employees from China have waited eight years or more for a green card giving them permanent residency in the U.S.

The Journal Sentinel reports that Oberhelman called for visa laws to be changed in order to provide a path to legal status for undocumented immigrants and to do a better job of reflecting the needs of U.S. businesses.

“We would really like to see more H-1B visas, which are an important tool for hiring foreign nationals who receive their advanced engineering degrees in the United States. Currently, the number of H-1B visas is capped each year without regard to the current market demand,” Oberhelman said. 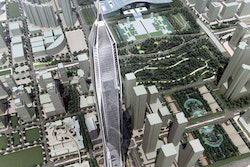 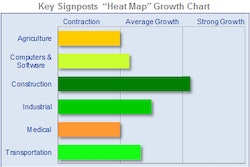 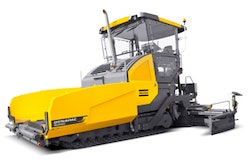