The Nohmul complex stood for 2,300 years as a jewel of Belizean tourism and a beautiful example of the sheer talent and engineering skill of ancient construction crews.

All of which makes it tragic that what time could not bring down, a modern construction crew did with complete disregard.

According to the Associated Press, a construction crew has “essentially destroyed” Nohmul, the most important Mayan ruin in Northern Belize and one of the largest in the country which shares borders with Mexico to the North and Guatemala to the West.

The crew used bulldozers and excavators to destroy the ruin to use the crushed rock for road fill. The ruin lies in the middle of a privately-owned sugar cane field and though it lacks the even sides of better-preserved ruins, archaeologists argue that there is little chance the crew could have mistaken the 30-foot-tall ruin for a simple mound of rock.

“These guys knew that this was an ancient structure. It’s just bloody laziness,” said Jamie Awe, head of the Belize Institute of Archaeology.

The excavation was apparently so brazen and rampant that there are actually photos of the crews at work, as seen above.

Pre-Hispanic ruins are protected by the Belizean government and law enforcement officials say they are conducting an investigation with the possibility of criminal charges.

Oddly enough, the practice of using ancient ruins for aggregate is quite common in Belize, though the ruins being excavated typically aren’t as large as Nohmul.

“…Bulldozing Maya mounds for road fill is an endemic problem in Belize (the whole of the San Estevan centre has gone, both of the major pyramids at Louisville, other structures at Nohmul, many smaller sites), but this sounds like the biggest yet,” Norman Hammond, an emeritus professor of archaeology at Boston University, told the AP in an email. 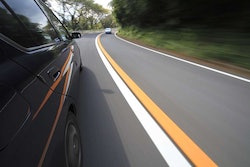