So, in order to set the tone for that conversation moving forward, officials from the Bipartisan Policy Center have put together a helpful history at Politico of how the federal government and the states have funded infrastructure in the past and identify the shift that is taking place in how it will be done moving forward.

The article was penned by BPC visiting scholar Emil Frankel and the BPC’s Director of the Financial Regulatory Reform Institute, Aaron Klein. The two are more than qualified to speak on the issue. Frankel is a former Department of Transportation Assistant Secretary for Transportation Policy and Klein served as Deputy Assistant Secretary for Economic Policy at the Treasury Department under President Barack Obama.

Frankel and Klein say that despite the many calls for increased investment in infrastructure, “in the current environment, federal infrastructure investment resources will almost certainly be scarce for many years.” Because of that, the two suggest that the country will likely shift to “to using financing mechanisms and to leveraging federal resources” to fund future projects.

For the entirety of this country’s history, the federal government has had a big interest and thus played a large role in funding transportation and infrastructure through federal grants. However, because of the likelihood of ongoing fiscal constraints and little agreement on either side of the aisle on how to adequately fund the improvement of the country’s infrastructure, Frankel and Klein say “the form and scope of the federal involvement in transportation and infrastructure will change substantially.”

Rather than covering 80 percent or more for transportation projects like the federal government has so often done in the past, it will likely shift to giving more support to financing projects through the Transportation Infrastructure Finance and Innovation Act (TIFIA) program. According to the Federal Highway Administration website, TIFIA is “federal credit assistance in the form of direct loans, loan guarantees, and standby lines of credit to finance surface transportation projects of national and regional significance.”

To give you an idea of the evidence of the government’s shift toward project financing rather than direct funding, while funding was flat in the MAP-21 transportation bill, support of the TIFIA program increased by eight times the previous amount, Frankel and Klein say.

And though the federal government has historically funded projects, that doesn’t mean there’s no precedent for financing projects in the U.S. In fact, that’s how most of the state governments have always done it. So, moving forward Frankel, Klein and the BPC suggest the federal government create a “program to support and reward the development of new or expanded state financing tools and of sustainable revenue sources by states and localities.”

With that in mind, the BPC has several suggestions in terms of how such a program should be carried out including merit-based project selection, investing in projects with the greatest benefits and returns and placing great importance in targeted investments.

The whole article is worth a read and is a great starting point in the discussion moving forward. Check it out at Politico by clicking here. 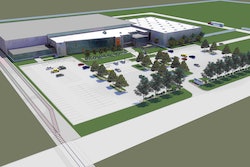