A steep decline in demand for mining equipment coupled with reductions in inventory are to blame for Caterpillar’s slumping first-quarter financial results, the company reports.

In a prepared statement, CEO Doug Oberhelman said the company expected this past quarter to be “challenging” and a big factor was a “significant year-to-year swing” in inventory.

Oberhelman said though the company was concerned with economic growth in the U.S. and China at the beginning of the year, it is now “more optimistic on the (U.S.) housing sector” while growth in China “remains consistent with slow growth in the world economy.”

The company has experienced the effects of the mining industry’s reduction in spending. Caterpillar’s first-quarter sales of mining equipment were $3.67 billion, a decrease of 34 percent. Meanwhile, operating profit in the first quarter from mining tumbled to $477 million, a decrease of 59 percent.

The company has adjusted its mining outlook accordingly with Oberhelman saying, “Our revised 2013 outlook reflects a sales decline of about 50 percent from 2012 for traditional Cat machines used in mining and a decline of about 15 percent for sales of machines from our Bucyrus acquisition.”

There were no surprises for the company when it came to construction equipment. First-quarter sales were down 17 percent from the same time last year to $4.19 billion. Operating income from construction was down 61 percent to $239 million.

“Considering the magnitude of the decline in sales and production, I am very pleased with our performance in the first quarter. We did a good job managing costs and made even more progress on inventory reduction,” Oberhelman says. “Operating cash flow was a highlight in the quarter and improved nearly $900 million from the first quarter of 2012. Better cash flow and the strength of our balance sheet are enabling us to resume stock repurchases,” Oberhelman added.

Caterpillar is reviving its stock buyback program in the second quarter this year and expects repurchases of about $1 billion.

You can watch a video of  Caterpillar Group President and Chief Financial Officer Brad Halverson delivering and discussing the financial results below. 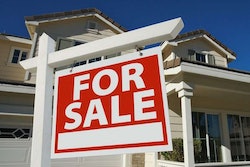 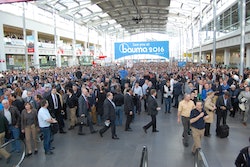