In December, builders began work on new homes at the fastest rate since the Summer of 2008, according to numbers from the U.S. Commerce Department’s Census Bureau.

Construction began on houses and apartments at a rate of 954,000 in December, marking a 12.1 percent increase over November’s rate and capping off the best year for home construction since the start of the housing crisis.

Single-family housing starts were at a rate of 616,000 in November, a 8.1 percent increase above the revised November figure of 570,000. Meanwhile, apartments were at a seasonally-adjusted rate of 330,000.

Housing completions in November were at a seasonally adjusted annual rate of 686,000, representing a 1.6 percent increase from the revised November estimate of 675,000. The Commerce Department estimates that 651,400 housing units were completed in 2012. That’s a 11.4 percent increase above the 2011 figure of 584,900.

Single-family housing completions in November increased 3.7 percent above the revised November rate to 535,000, while apartments were at 144,000.

Building permits in November were issued to private housing units at a seasonally adjusted annual rate of 903,000. That’s an 0.3 percent increase from the revised November rate of 900,000 and is 28.8 percent above the December 2011 estimate of 701,000. 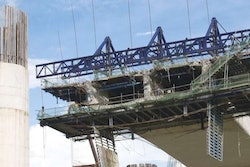 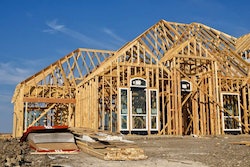