Despite recent gains in residential construction and 31 states adding jobs in the past month, construction employment declined in 28 states between October 2011 and October 2012, according to a report from the Associated General Contractors of America.

Based on analysis of U.S. Labor Department data, AGC officials pinned the cause of the decline on the uncertainty surrounding the threat of the fiscal cliff. The October data was collected before Hurricane Sandy hit, so the association noted that its report does not reflect changes in employment caused by the storm.

“The industry remains stuck in neutral, with close balance each month between the number of states that add or lose construction jobs,” said Ken Simonson, the association’s chief economist.

Delaware lost the highest percentage of construction jobs in the past year, down 11 percent or 2,200 jobs. Next was Arkansas, down 8.4 percent of 3,900 jobs and Alaska, which lost 8 percent or 1,200 jobs. Meanwhile New York lost the highest number of jobs, down 12,800 or 4.1 percent, followed by Pennsylvania  and New Jersey which each lost 10,400 jobs or 4.6 and 5.7 percent respectively.

In the month of October, Michigan’s loss of 3.7 percent or 4,500 jobs was the largest decline in both percentage and total number among the 18 states that lost jobs. Alaska’s 9.5 percent (1,200 jobs) was the highest percentage gain for October, while the 13,600 jobs (2.3 percent) gained in Texas was the highest number.

Association officials urged Congress and the Presidential administration to reach an agreement in order to avoid the fiscal cliff and significant tax hikes and extreme spending cuts. They warned that these effeccts could be a major setback to the economic recovery and could cause construction firms to make additional cuts to their workforce.

“If Washington officials can’t find a solution to the fiscal cliff, we run the risk of putting the economy into another downward spiral,” said Stephen E. Sandherr, the association’s chief executive officer. “After years of difficult economic conditions, many firms will be forced to downsize if the economy begins to shrink.” 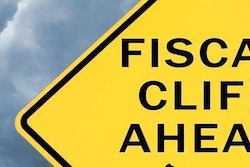 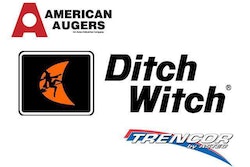 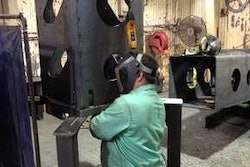