If you’re already tired of the cyclotron-like spin on the current presidential race, investment blogger Barry Ritholz has a nice synopsis of how well Romney’s company Bain Capital, performed during the 16 years he ran it.

In short, Bain Capital doubled investor’s money while raking in big fees–much like most Wall Street firms.  If you would have taken the same amount of money and put it in bonds or index funds you’d have about the same results.

This isn’t to say that Romney is unqualified for president or the lesser of the two candidates. It’s just that the Republicans should quit singing the same old song about how the government needs businessmen with a nose for the numbers, executive experience and the ability to cut through red tape.

That’s the story we heard about George Bush (despite his failures as a businessman) and it’s not a valid criteria, by itself, for a good president. Successful businessmen are good at execution, metrics and eliminating red tape, because they have the freedom to act as dictators. They can fire anybody at will anytime–and that keeps things moving briskly. They also tend to be narrowly focused on a single or a handful of goals and pursue those ruthlessly to the exclusion of all others.

But it’s not so with anybody in charge of a large government or political organization. That takes a multi-dimensional set of skills, constant compromise, deep cunning and the patience of Job. Having a finely tuned B.S. detector helps too, and you don’t get that when you’re the autocratic head of a company who can hire and fire at will. People tend not to B.S corporate executives and survive much past a poor quarterly report.  The market demands a certain level of truth.

Anybody who’s read the biographies of presidents such as FDR and Lincoln know that the job is like three-dimensional chess. You have to stay two or three moves ahead of everybody else, especially the sharks that make their home in Washington D.C. and some of the more disreputable capitols around the world. Idealism is a fatal flaw in this environment.

Good presidents are rare. You’d think in the internet age the vetting would be better but both political parties are so ideologically driven and so sound-bite oriented that they rarely manage to put forward the best candidates. Is Romney up to the task? We may see. But doubling your money in 16 years, as he did with Bain Capital, is not that impressive.

If you want to see some impressive businessmen, check out our Contractor of the Year series of articles. Brian Force, our Contractor of the Year in 2011, took $10,000 and a rickety old truck and spun it into a $15-million business in just ten years. If you want to see an impressive public servant, read the new biography, All In: The Education of General David Petraeus, the man who snatched at least a partial victory out of the jaws of defeat created by the business-oriented Bush administration that thought it could fight a war in Iraq on the cheap. 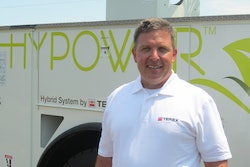 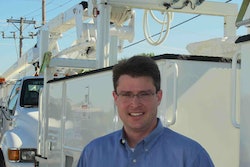 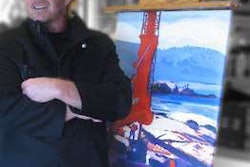