What’s the one commodity you’d be willing to fight and die for?

In Mel Gibson’s Mad Max movies wild gangs roam through an apocalyptic landscape raiding, robbing and murdering in the quest for a few precious gallons of gasoline.

The movies struck a chord in the decades after the first Arab oil embargoes. But since then the world has become vastly more fuel efficient.  And new, homegrown sources of energy: such as biofuels natural gas are making us even more efficient, self sufficient and productive.

So what is the next most precious commodity imaginable, something people just might be driven to fight and die for? The answer is water. And Charles Fishman has written an excellent book on the topic, The Big Thirst: The Secret Life and Turbulent Future of Water.

If you’re in the underground utility or water infrastructure business you probably know that one out of ever six gallons of clean, treated water leaks back into the ground before it can be used.  But this current level of waste and inefficiency is only a small part of the problem. Put water in the context of our economic well being, as Fishman’s book does, and you have a portrait of a troublesome future.

Yet it doesn’t have to be this way. Las Vegas, for example, sat a crossroads 20 years ago when the city’s leaders realized that the lack of water was its greatest impediment to growth. The city now pays residents up to $40,000 per acre to take out their lawns and replace them with native desert landscaping. They made it illegal to spray a sidewalk with a lawn sprinkler and worked with the public golf course to cut its water use in half.  This and other inducements and incentives enabled the city to cut water use per person by almost half, and enabled Vegas to continue growing.

Not every city has the kind of water shortages Vegas faces, but Fishman makes it clear that water is tied to economic growth and development–and that the era of free, cheap and plentiful water has come to an end.  For example, while the average person uses 99 gallons a water a day for bathing, cooking etc; the water used by power plants to help generate electricity averages 250 gallons a day per household.  In an interview with NPR Fishman said:

“So your flat screen TV has a hidden water spigot running to it…We use 10 gallons of water an hour every hour of every day just to power our computers and our refrigerators and our washing machines at home.”

Fishman makes clear that this is a critical public policy issue, noting that factories and business are starting to look as carefully at water use as they looked at energy use a few  years back.  He also criticizes the pitifully small amount we spend of maintaining our public water systems, noting that we spend almost as much on bottled water every year as we do maintaining our entire water infrastructure–pipes, treatment plants and pumps. His conclusion parallels the struggles the road building industry faces today over a lack public funding:

“You don’t want to let companies end up in control of the resource itself. We need to be careful not to cede those rights…while we also take advantage of the innovations. That’s a question of making sure we understand the economics and policies on a community-by-community basis. There’s nothing wrong with companies innovating solutions for water as long as the water remains a public resource.”

People east of the Mississippi don’t feel this issue as acutely as those in the west. But you don’t have to go too far west to see how challenging water issues have become. In many parts of central Texas you’ll pay $300 or $400 a month to water your lawn or garden.

If nothing else this is proof that water has become the most critical limiting factor in economic development for half the country. Without it new factories, homes and  power plants will face stiff opposition. Add to that the fact that in the east, aging water and sewer pipes are rotting into the ground, its not hard to see that water issues will eventually come to challenge all of us. 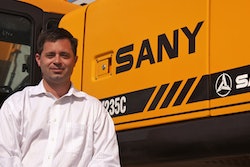 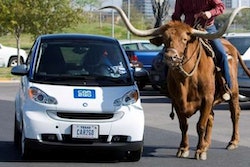 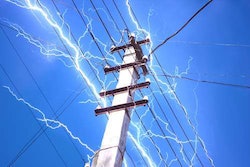