This runs completely against the grain of today’s news memes, but now that the Republicans have forced the federal government to spend less, it’s damaging the economy.

The republican thinking is that federal spending crowds out private sector spending and hurts the economy, but everybody with a lick of brains knows that’s not true. In many cases the money that the government is spending goes to private contractors anyway. There is nothing like a big defense build up to boost the economy.

Under Obama, the number of people working for the federal government is lower than it has been in decades (yes it’s true). And that adds further inefficiency and waste to the process as the more experienced hands retire.

But the question should not be how much the government is spending. We spend on average about the same amount as most European countries for government, about 36-39 percent of GDP. The questions should be:

1. What do we get for the money? Europe gets good roads, excellent schools, substantial trade school funding, a bright and efficient public service sector, public transportation and often free or low-cost health care. We get almost nothing, except for a necessarily robust military. We don’t want to be Europe and they don’t want to be us, but if you’ve ever lived there, the difference is striking. America continues to look and feel more and more like a banana republic every day.

2. How can we spend the money the government takes from us to better improve the economy and raise everybody’s fortunes? Obama and the democrats burned down the house with their $800 billion stimulus bill three years ago, and what do we have to show for it? Nada. They talked a good game about infrastructure until it came time to cut the checks. Most got spent on unemployment benefits, teachers, firefighters, etc. Infrastructure got just 7-percent of the dollars, which were fiat money to start with.

But what would have happened if the government had embarked on a program of national infrastructure rebuilding–highways, county roads, airports, public transportation, bike paths, green spaces and urban revitalization; or  rehabilitating our aging water/sewer systems and hardening our electrical grid? What if we would have done what President Eisenhower did, which was to insure that 6 percent of GDP would be spent on infrastructure for decades to come?

Comparing then and now is not an exact science, but back when we were spending 6 percent of GDP on our nation’s infrastructure personal income rose 48 percent, savings went up 37 percent, school construction soared 46 percent and the gross national product increased 45 percent.

The trouble with the U.S. federal spending today is that too much of it goes to bailing out bankers, public employees who already have jobs, and the freeloader class. They take from the many and give to the few. It’s Robin Hood in reverse. And that’s no way to build a strong economy. 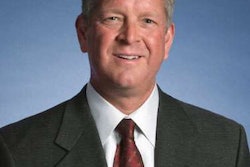 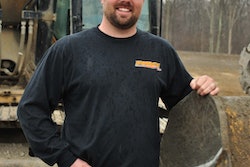 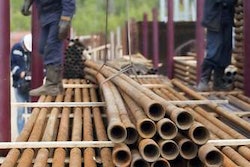