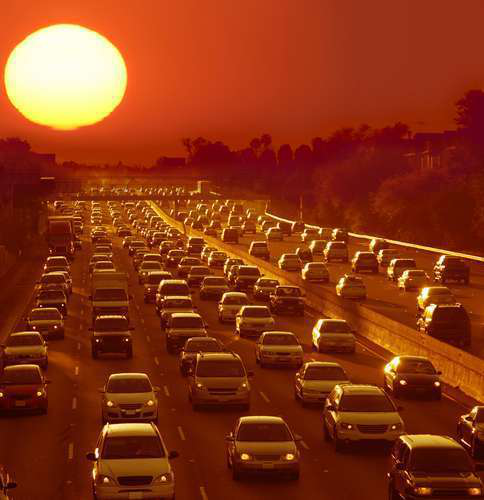 Little noticed in the mainstream news scream yesterday was a decision by the U. S. Court of Appeals for the District of Colombia in favor of the Environmental Protection Agency’s request to treat carbon dioxide as a human health hazard.

With this regulatory power, the EPA will now roll out rules restricting the amount of CO2 put out by cars and light trucks. CO2 emissions from construction equipment and heavy trucks were not mentioned in the ruling, but it is almost certain they will eventually be restricted as well.

This is the dreaded “Tier 5” emissions regulations heavy equipment and diesel engine manufacturers have been warning about for some time.

The court also noted that the EPA will eventually have authority to regulate CO2 emissions from stationary engine sources, but noted:

Meaning: “We don’t have enough time or bureaucrats to tie you guys down yet, but we are requisitioning lots of rope.” That being said, if they’re going after stationary power sources, it’s only a matter of time before they come for big diesel engines. The EPA has CO2 limits for stationary sources in two regulatory categories: 100 tons per year and 250 tons per year. Just keep in mind that the average dozer, burning an average of 4 gallons per hour is going to put out 66 tons per year. And if you think they’re not going to go after that, you don’t know the EPA very well.

Automobiles and light trucks will meet their emissions targets through better fuel economy and higher CAFE standards.  There is some room for improvement there. Very likely the first casualty will be SUVs, which right now get by with relatively poor fuel economy because they’re technically in the same category as light trucks. But eight-cylinder gas burners, truck or SUV, could be on the endangered species list very soon depending.

The challenge for the construction industry is that when it comes to vocational trucks and equipment, fuel burned equals work done–period, it’s a matter of physics. These two industries have been squeezing fuel efficiency models hard for years and there’s not much left to give.  To meet the new standards, when they come, you may just have to settle for doing less work.

The other danger of this regulation is that it will set up Washington D.C. to have complete control over who uses 80 percent of the energy consumed by the American people.The Heritage Foundation, a conservative think tank, says Congress must surely intervene. They must be out of their minds.

Carbon trading credits or something like it, will be introduced and once that happens you’ll have to contribute campaign cash (aka bribes) to your local congressman, or participate in phony tree planting schemes just to bid on a job. It’s going to be a regulatory scheme perfectly tuned for graft on a scale never before witnessed in the United States and will cede vast amounts of power from the people, business and the states to the federal government.