Applying “tried-and-true technologies from the on-road diesel marketplace,” Kohler and sister engine brand Lombardini have developed a new family of Tier 4 Final emissions-compliant power solutions that avoid the use of particulate filters.

The result will be a compact engine built without the additional bulk required for a diesel particulate filter (DPF), Kohler and Lombardini officials say. The engines will fit existing machine design envelopes.

The sister brands simultaneously introduced 1.9- and 2.5-liter engines, rated at 56 and 74.3 horsepower. “The lack of a DPF is a real breakthrough for engines at these displacements,” says Dick Fotsch, president of parent Kohler Global Power Group. The design, says Fotsch, was accomplished via the use of direct injection, cooled exhaust gas recirculation (EGR) and diesel oxygenated catalyst (DOC).

Under the program, those with at least five years of crane-related experience can earn a credential that demonstrates their qualification to inspect cranes. After taking what NCCOO calls a “rigorous” written exam, candidates must document their work history, education and references. For more information, go to ncco.org/certification/craneinspector.html

Both IronPlanet, an online auction service, and Cat Auction Services, which has conducted traditional kick-the-iron auctions since 2008, will broaden their offerings in the coming months.

Taking advantage of the Florida auction season, IronPlanet will host its first onsite and online auction February 21-24 at the Fantasy of Flight attraction near Orlando. Buyers can both place bids online at ironplanet.com in advance of the sale, and both online and onsite during the auction.

Vermeer has made a minority equity investment in McLaughlin Group, strengthening its long-standing relationship, which has included Vermeer sales of McLaughlin vacuum products. The arrangement does not affect current branding or distribution of McLaughlin products.

Caterpillar’s expansion plans continue. The company announced in November it will open a North American manufacturing facility for small dozers and compact excavators, plus expand existing facilities in Decatur and East Peoria to produce large mining trucks and large dozers. The compact equipment plant – location still undisclosed at press time – will become Cat’s global source for small dozers and provide compact excavators for both North and South America. Both types of machines are currently made in Sagami, Japan. It will eventually employ 1,000 people. Cat will spend $300 million in Decatur to up mining truck production, and $340 million in East Peoria on large dozer capacity increases. Approximately 90 percent of Cat’s large trucks and 80 percent of its large dozers are exported.

Intermat 2012, to be held April 16-21, 2012 in Paris, France, is set to welcome 1,500 construction exhibitors and more than 200,000 visitors to the show. Approximately 90 percent of the show’s exhibition space has already been sold, and show organizers are expecting excellent participation rates, says Maryvonne Lanoë, exhibition manager. Intermat will feature an exhibition area of more than four million square feet, with an outdoor demonstration area exceeding 215,000 square feet.

The Association of Equipment Manufacturers has inducted Don Landoll, Landoll Corporation, and the late Elton Long, Case Construction Equipment, into its Hall of Fame. 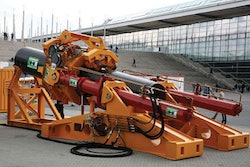 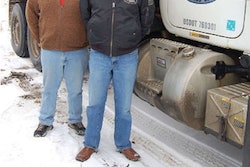 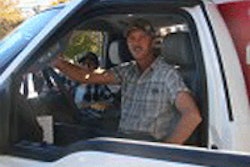