The conflict between work and family is tough for many people. For Chuck Laney a day at work is a day spent with his three sons, his wife and often his grandkids. 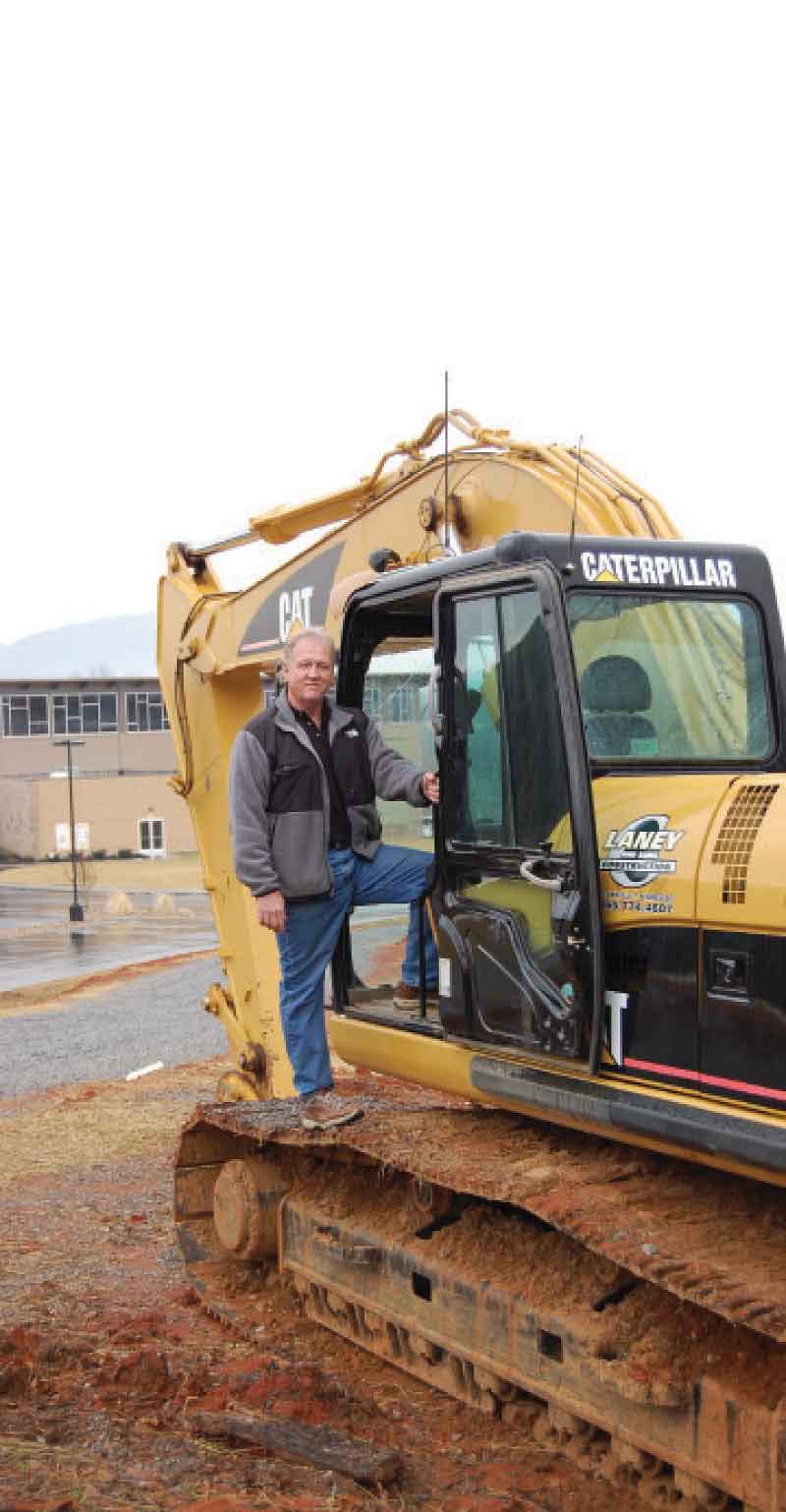 His two older sons, Frank (38) and James (39) didn’t initially aim for construction careers and went to college to pursue different vocations, but eventually came into the business. The youngest, Luke (27), however, loved trucks and heavy equipment and like his dad, wanted to be in construction from an early age. “They do bidding, run jobs, run equipment and do labor work, whatever needs to be done, just as I do,” Chuck says.

Chuck’s wife Rosemary helped the new company from the beginning, primarily doing the paperwork. But when they incorporated she retired from her job as deputy building official for the city of Gatlinburg and ran the office for the company, doing all the bookkeeping, accounts payable and other paperwork. Her contributions and knowledge of construction has been invaluable in making the business successful, he says.

At the age of 15, and in need of a job, Chuck learned how to operate a backhoe. He went on from there to work in a variety of construction fields – building, houses, remodeling, government jobs, whatever he could do to earn a paycheck except when it conflicted with football practice.

“I did almost everything that is done in the construction industry to some extent,” he says. 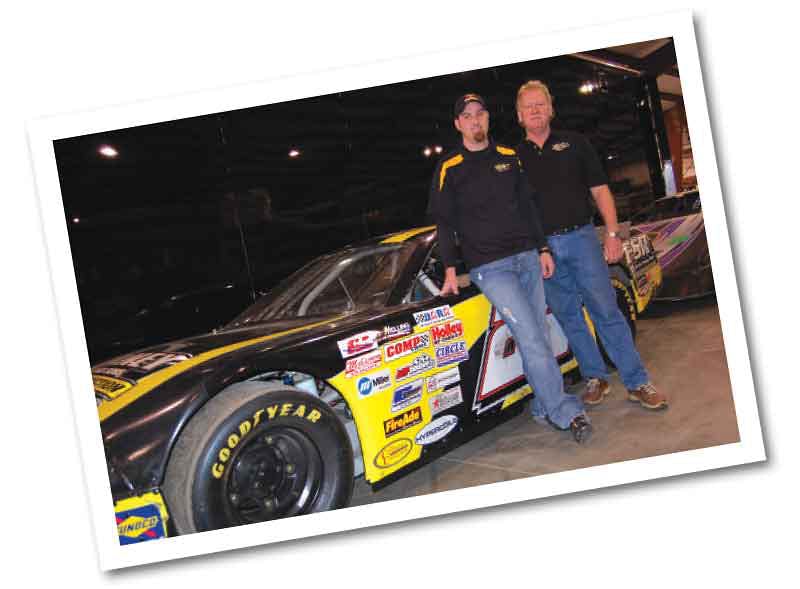 Racing cars is the family hobby and the Laney’s have a fleet of four cars they carry in custom-built trailers. To help support the habit, they formed an equipment company that sells safety gear such as racing harnesses.

After high school Chuck served a tour in the Air Force but returned to construction work soon after re-entering civilian life. In 1980 he took out on his own, working as a sole proprietor and primarily as a subcontractor, starting small and working up towards bigger jobs.

“I decided that there was a need for qualified construction companies, and I felt like I could offer that service. The economy in our area was good and I was willing to take that chance.”

Chuck admits he was surprised about how much time and effort it took to make a growing construction company work. A big lesson he learned early on was to always put the customer first, to treat the customer like a partner and to make sure all the employees and subcontractors followed the same ethic. 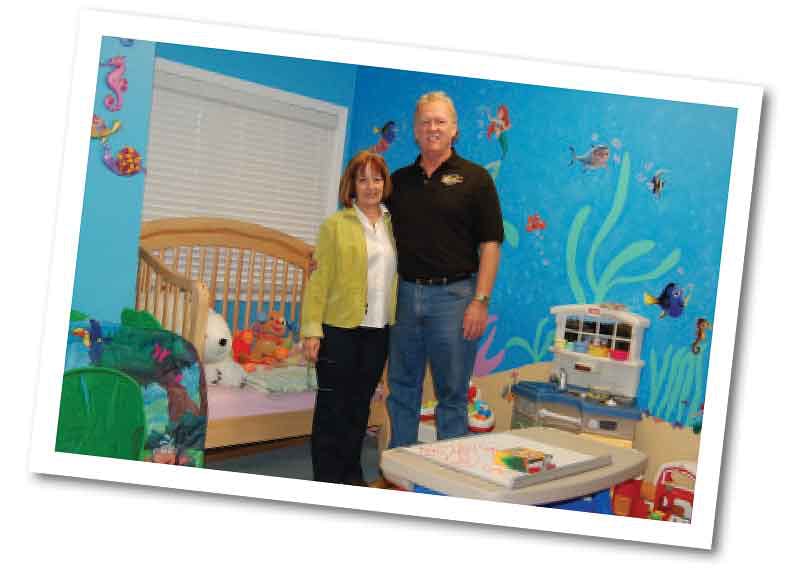 Chuck and wife Rosemary in the nursery they built into their office space so they could stay close to the grandchildren.

“A customer should always walk away thinking he got what he paid for and is pleased with the project,” Chuck says. “His input in the job is as important as if he were a partner in a deal. Realizing that our success depends on our client’s success is one of the most important factors for our continued growth,” he says.

In the Gatlinburg area, one of the country’s most beautiful and scenic regions, this sometimes means building green. “It’s becoming more important to build without hurting our environment,” he says. The company recycles scrap drywall and Chuck prefers to use relatively new, low-hour machines for the fuel efficiency and exhaust emissions technology.

The company has used LEED* certified consultants in the past and son Luke is currently studying to become LEED certified.

One of the mainstays of the company’s job mix over the past few years has been the ongoing construction of Westgate Resorts vacation condominiums in the mountains around Gatlinburg. The sites are steep, rocky and thick with trees requiring better than average operators. And the company’s diversified capabilities require employees with versatile skills, intelligence and can-do attitudes. 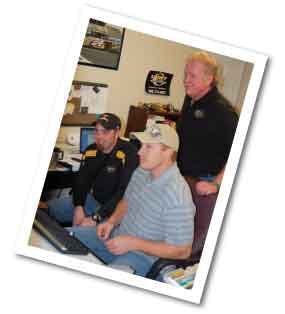 Chuck and sons Luke (left) and Frank take a long and careful look at a big bid document before hitting the send button.

Drug testing is mandatory and the company conducts regular safety classes. Chuck also has an independent company come in and review the jobs and advise them on anything they see that could present a safety problem.

Finding good workers is ever a challenge. Chuck will study an applicant’s history and call references, but decisions usually come down to a gut feeling, he says. With a 30 day probationary period it doesn’t take long to figure out if a person has what it takes.

“It’s a hard lesson to learn, but if somebody can’t perform you have to be strong enough to make the big decision to let them go and get somebody who can. It’s a tough decision but I’m also obligated to my employees who are good workers,” he says.

In doing so, Chuck has maintained a high level of professionalism in the company’s ranks. He also considers every employee part of an extended family and throws a big Christmas party every year where the annual bonuses are handed out. Good employee management, combined with careful cash flow has enabled him to avoid layoffs despite the downturn in the economy.

The building that houses C. Laney and Sons’ business was completed in 2006. It includes 26,000 square feet with about 3,000 square feet of office space. “When we built it, my wife asked why we were building such a big building,” Chuck says. But it didn’t take long to fill it up.

The office also contains a nursery painted in cheerful colors for the grandchildren – Rosemary’s idea. Chuck contributed by designing and building a special bathroom with mini-sized fixtures for the tots. The nursery enables the sons’ children to spend the day near their dads and granddad and under the watchful eye of grandmother Rosemary.

C. Laney and Sons Construction is also deeply involved in volunteer activities within the community. Two years ago it did all the sitework and acted as general contractor for the Gathering Church, a large and complex modern design, at no cost to the church.

The company has also been active with the local high school football team and last year built two new practice fields for them. For the Lord’s Child ministry in 2007, Laney employees spent hundreds of hours assembling 1,500 bicycles to be given to kids at Christmas. The company also lends the churches and other organizations the use of the Laney warehouse and trucks and trailers to store and haul clothes and toys to kids and families in need.

While all businesses have business meetings, Chuck looks at it differently. “We have family meetings,” he says. “We get together and decide what is best in the business for the family.”

Having the whole family involved in the business made a huge difference when son Luke at age 14 was diagnosed with cancer. Chuck and Rosemary traveled to stay with him at the Vanderbilt Hospital in Nashville, while James and Frank took over operations. “Because at that point, to tell the truth, the business wasn’t that important,” Chuck says. “I was able to trust them and leave them in charge knowing they would do the right thing.”

Luke recovered, beating a one-in-three survival rate, and has gone on to bring two more grandchildren into the family. “A lot of prayers were answered and we were very blessed and thankful for that,” Chuck says.

While tough business decisions have pulled some families apart, C. Laney and Sons Construction is in no danger of that. ‘We’ve had moments when we don’t all agree, but overall it’s been a great experience,” Chuck says. “I wouldn’t change it or trade it for anything.”

*LEED stands for Leadership in Energy and Environmental Design, and is a voluntary program that awards points to buildings and construction projects based on how well they meet a set of environmental and energy efficiency standards. For more information go to www.usgbc.org. 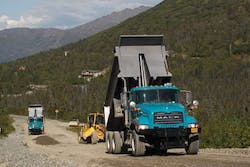 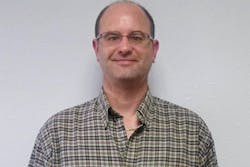 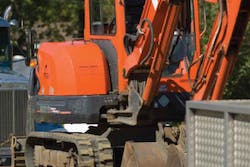 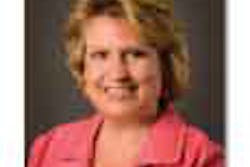