Understanding its balance sheet and accepting the inherent risks and opportunities are keys to this firm’s staying power.

At 7,000 feet in elevation, weather patterns in Flagstaff, Arizona, can be unpredictable and abrupt depending on the season. And weather is what dictates when, where and what type of projects Eagle Mountain Construction can chip away at on a given day. A large and diverse equipment fleet provides company crews with the tools necessary to work in the various types of materials that make up northern Arizona landscape.

Some of Eagle Mountain’s many project completions include more than 50 residential subdivisions, several golf courses, and government projects such as work for the cities of Flagstaff, Winslow, Prescott, Page, plus jobs for National Park Service at the Grand Canyon and the Navajo, Hopi and Hualapai Indian tribes.

“In addition to our extensive equipment fleet, we have well-established business relationships with northern Arizona rental companies so we can take on almost any type of job,” Johanson says. “It’s one of the things of which I’m most proud.”

The construction industry saw exceptional growth during the past 20 years before the latest downturn. “Not too long ago the primary challenge was finding qualified and competent employees to execute the available work; work that in retrospect was ‘easy pickings,’” says Marco Spagnuolo, CEO. “Today the challenge is leveraging any remaining capital against predicting when the economic environment will encourage investment and will get the investors off the sidelines and into the game.”

Eagle Mountain’s relationship with Chet Craft, account manager at Empire Cat, says a lot about the way the company runs its business. “A lot of people are struggling, and they’re one contractor that has weathered the storm,” Craft says. “They still have a backlog of work, and that speaks volumes about the kind of people they are and the reputation they have in the community.” 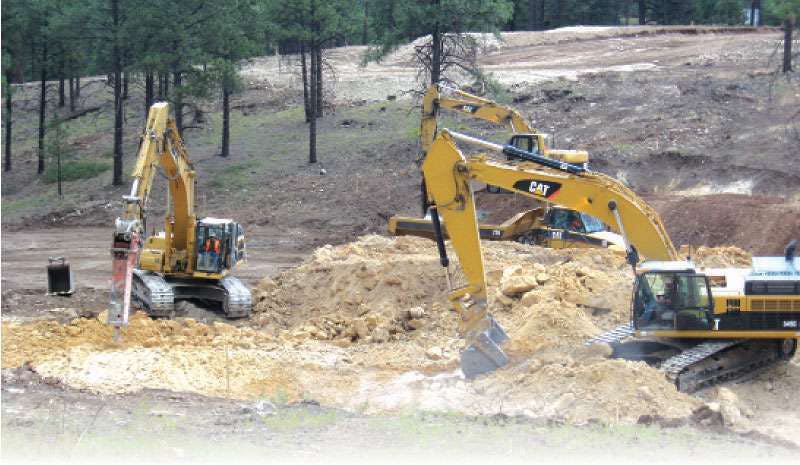 Spagnuolo says contractors who are astute enough to understand their balance sheets and are willing to accept the daily inherent risks know there are great opportunities in the future. “The question is: ‘When will the future get here, and how long can I survive the here and now?’” Spagnuolo says. “Capital, divided by time, equals staying power.”

Empowering employees to get the job done

Eagle Mountain believes the company’s growth can be attributed to the more than 60 people who wear the Eagle Mountain name. Todd Sleeper, vice president, says the most valued assets are the employees and he believes that when trained properly, given reasonable expectations, and given the tools and authority to do their jobs, these employees can be successful. In turn, clients become satisfied fans, and Eagle Mountain becomes a sought-after contractor. 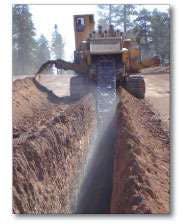 On the $2.3 million John Wesley Powell road project in Flagstaff, the company put in two miles of 8-inch water line.

“A successful company is guided by its people,” Sleeper emphasizes. “All contractors procure the same pieces and parts and use the same equipment to assemble and deliver the final product. It’s the means and methods of the people who get the job done, and their ability and desire to deliver that product safely and with the quality expected by the client that makes the difference.”

Eagle Mountain says the evidence of its success is seen in their numerous long-time employees, many with more than 15 years of tenure, as well as the list of many repeat clients.

All for one, and one for all

Even in these challenging economic times, Eagle Mountain is known for giving back to their little town. Johanson has lived in Flagstaff his entire life. Spagnuolo, an Arizona State University graduate, moved up from Phoenix five years ago. Sleeper, from Mississippi, moved to Flagstaff eight years ago. They have families and are ingrained in the community, and it shows. 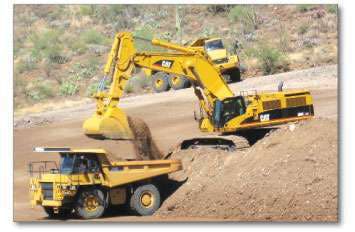 Volunteer projects range from donating countless labor hours and the use of construction equipment to upgrading various facilities in the Flagstaff United School District, to assisting the Rocky Mountain Elk Foundation upgrade critical wildlife waters during a drought by hauling 142,000 gallons of water to fill 30 tanks throughout the state, to conducting rescue missions for stranded hunters for the U.S. Forest Service.

A longtime hockey fan (and player), Johanson is the head hockey coach for the Northern Arizona University Ice Jacks. “Being a part of our community and giving back is a core value we share,” he says. “It’s an honor to put on an Ice Jack jersey, and I am proud my partners share my commitment for this cause. Doing this makes you feel good in your heart.”

“If I had to say just one thing about Eagle Mountain, it’s that safety comes first,” Sleeper says. “Keith is our safety lead, and all crew members and foremen report to him for safety talks and reports. That’s one thing that is never overlooked around here.”

Johanson spends a lot of time ensuring that new and longtime employees are familiar with jobsite safety and proper equipment operation procedures. Weather adds another factor in the mix so the crews are prepared for heat in the summer and snow/ice in the winter.

“Accidents unfortunately happen, but we do everything possible to ensure they don’t happen at Eagle Mountain,” Johanson says.

No one can predict the future, but Spagnuolo, Johanson and Sleeper are running their company as efficiently as possible. Most of the routine equipment maintenance is done in-house, and more complex issues are sent to Empire Cat for repair.

“The guys used to just hold on to their equipment forever once it was paid for because it was great not having a monthly lease payment,” Craft explains. “But, they eventually realized that just because something is paid for doesn’t mean it’s most cost-effective for their business. Eventually, after years of hard use and wear, the repairs and maintenance will cost you more than it’s worth.”

Eagle Mountain weighs the cost benefits when it’s time to lease or purchase new equipment. Sometimes, if it’s a one-off job, renting is the best all-around answer. The company works on multimillion-dollar projects, so the machines are large and the materials used are extremely cumbersome and heavy. Having a well-maintained and functioning fleet is of utmost importance. Downtime is not an option.

“I think our knowledge of the construction industry, our familiarity with the area we live and work in, and our relationships with our employees and our dealer is the unique formula for seeing Eagle Mountain through this tough economic climate,” Johanson says. “It has truly been an amazing journey so far.” EW 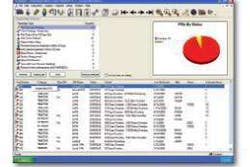 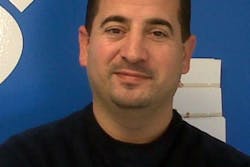 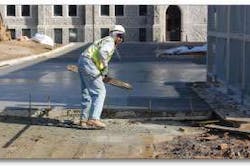 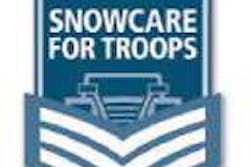