“There was a gaping hole where the machine was sitting,” relates Neil Messick. co-owner of Messick’s Farm Equipment, an agricultural/construction/landscaping dealer based in Elizabethtown, Pennsylvania.

Security videos showed thieves loading the CTL on to a trailer. But the police had few leads.

More important, customers responded with leads that lead to the machine’s recovery. “Very quickly people started giving us tips,” Messick says. They noticed a similar truck/trailer combo on the side of the road with a busted trailer suspension. “Our machine was still in the back.”

The thieves only got around 40 miles down the road before their grossly inadequate transport set up did them in. “You can’t carry a 9,300-pound machine in a trailer like this,” Messick says. “The trailer was at the point that it probably wasn’t towable anymore. The suspension had broken completely and the tire was smashed down against the top of it.”

While the police have yet to charge anyone with the theft—both the truck and trailer were reported stolen—Messick has recovered the CTL.

It’s not an approach that can be used with every instance of theft, says Messick. “Sometimes the police are following leads and don’t want us to talk. But with this, it was pretty clear we weren’t going to mess up an investigation.”

Neil has posted a popular YouTube video  (181,000-plus views and counting ) that recounts the experience, including information on the company’s security measures, how prevalent theft is, along with a little marketing message about how telematics and a keyless start would help combat such thefts.

Messick’s typically puts up two videos a week, many of them instructional and gaining significant viewership over time. Its theft video, thought, was popular out of the gate, Messick says.

The company also has a popular Christmas light show, which it is now in the process of creating and will debut in December.

Messick’s serves the agricultural, construction and landscaping markets with a total of five locations in southeast and central Pennsylvania. In addition to Kubota, the company carries New Holland and Case IH brands, among others.

“Thanks to everyone that contributed to this and helped recover this machine,” Messick says in the video. “It was amazing.” 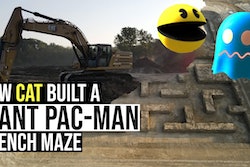 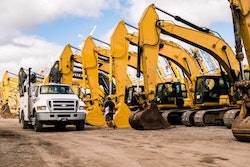 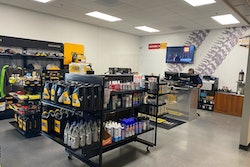