UAW Extends Contract with CNH Hour By Hour, For Now

Ryan Whisner
May 2, 2022
A labor agreement at two CNH Industrial plants in Racine, Wisconsin and Burlington, Iowa has expired. Workers are currently operating with an hour by hour extension of the previous contract.
Case Construction Equipment

The United Auto Workers and CNH Industrial – whose brands include Case and New Holland construction equipment – have agreed to extend the current labor agreement hour by hour for its plants in Burlington, Iowa, and Racine, Wisconsin.

The current six-year labor agreement at both the Burlington (UAW Local 807) and Racine (UAW Local 180) facilities expired at midnight April 30. The agreement covers about 1,100 hourly employees.

According to CNH representatives, negotiations on a new labor agreement at the two facilities began April 4.At the time, company officials were expressing some optimism in reaching a fair, equitable and competitive agreement for the workers.

Within a week, on April 10, according to recent Facebook posts and Farm Equipment, more than 95% of workers at both plants voted April 10 in favor of a strike authorization, six days after negotiations began. That vote did not call for a strike but gives the union the ability to do so if deemed necessary. According to UAW representatives strike authorizations are a common part of the UAW bargaining process.

At press time neither UAW, nor the company had further comment on the current status of the negotiations.

The last strike occurred at the two facilities during negotiations for a new contract in 2004. That 72-month contract between CNH Industrial and plants in Iowa, Wisconsin, Minnesota, and Illinois expired on May 2, 2004. Although workers overwhelmingly rejected a “final offer” from the company on May 8, no strike was called until November 2004.

After 19 days, UAW workers agreed to end the strike after CNH reportedly said talks were at an impasse and appeared to be willing to continue to negotiate. However, CNH Industrial locked out the workers, while continuing operations using a combination of temporary replacement workers and salaried employees. The lockout lasted an additional 17 weeks and concluded with a new labor agreement that was only slightly adjusted from the company’s original final offer.

Unlike 2004, the UAW may be in a better position to push for favorable changes due to the current labor market and ongoing demand for product. Also, this contract negotiation comes not long after UAW workers at Deere & Company went on strike for five weeks in October 2021 before agreeing to a new six-year agreement which included an $8,500 signing bonus, 20% increase in wages over the lifetime of the contract with 10% of that increase occurring this year, a return to cost-of-living adjustments and three 3% lump-sum payments. Union members also received enhanced retirement options and additional bumps in Deere's incentive compensation plan.

Now, UAW workers at the CNH Industrial facilities and those at Caterpillar plants – whose contract runs out in 2023 ­– are hoping to make gains like that which occurred for the John Deere workers.

In Racine, the UAW workers produce farm equipment, specifically being recognized currently for the Case IH Magnum Series tractors. On the construction side of CNH’s business, the Burlington facility produces backhoes, rough-terrain forklifts and dozers.

However, in July 2021, according to The Hawk Eye newspaper, CNH Industrial was having ongoing discussions with the local UAW 807 in Burlington about moving its Case M Series dozer production from Burlington to an undisclosed location outside of the U.S. The dozer line had been added with a $24 million expansion at the plant in 2015 when CNH closed its Calhoun, Georgia plant. Since 2021, the plant continues to produce the Case dozers and no subsequent information has been released on any movement of that line. It is not clear if any further discussion of moving the line will be part of the current labor negotiations. 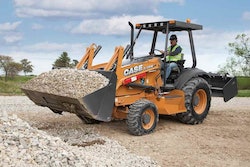 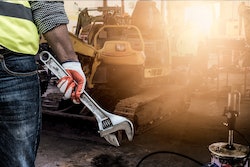 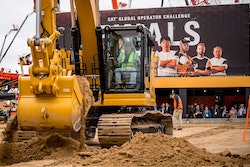 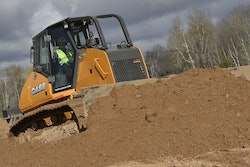