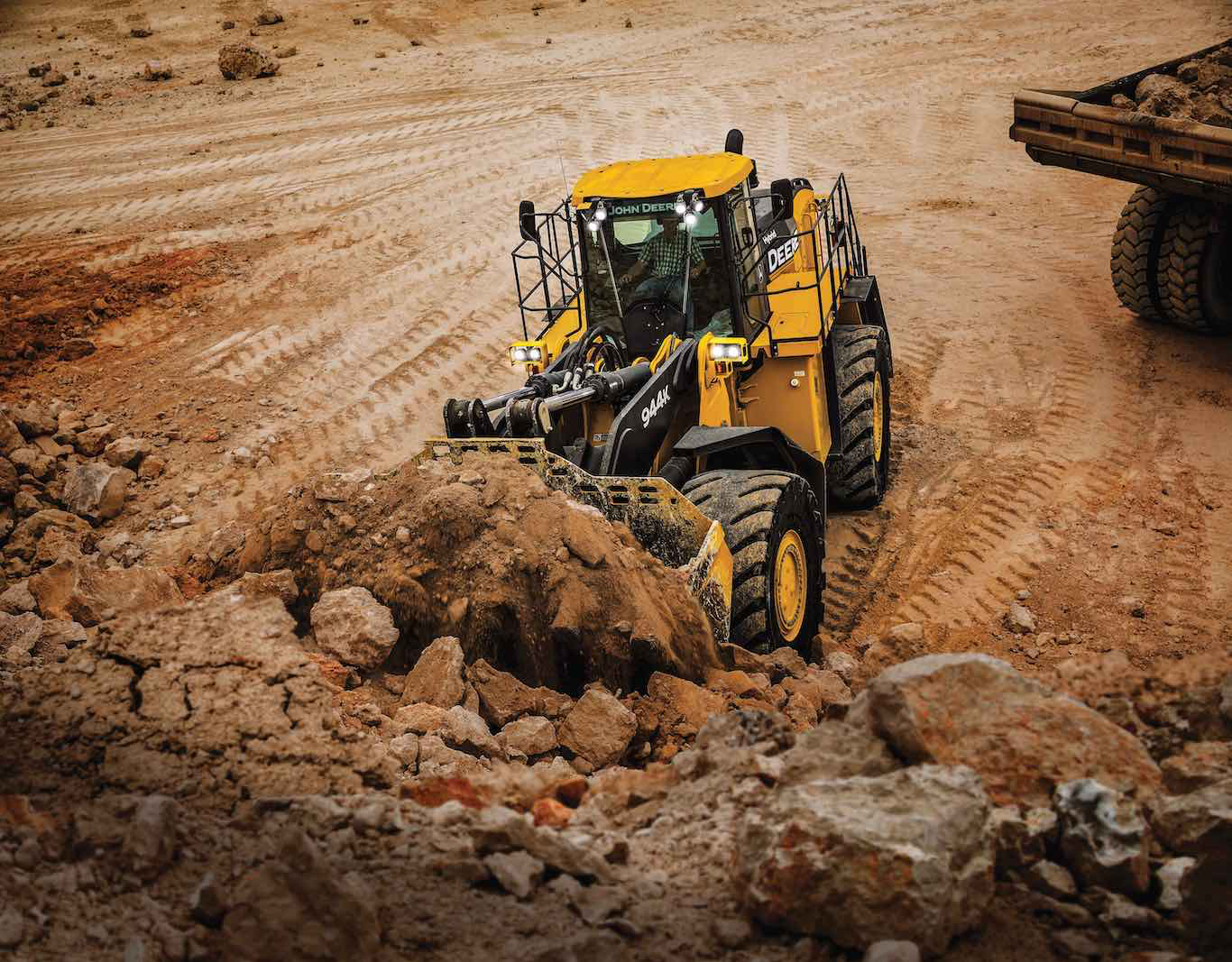 Deere & Company reported that net sales and revenues increased 5 percent in both the fourth quarter and fiscal full-year 2019. Net equipment sales were $8.703 billion for the quarter and $34.886 billion for the year, compared to fiscal 2018’s $8.343 billion and $33.351 billion, respectively.

Continuing negatives for Deere include agricultural sector uncertainties, lingering trade tensions and operating-lease losses in its financial services segment. But CEO John C. May says general economic conditions have remained favorable. “This has supported demand for smaller equipment and led to solid results for Deere’s construction and forestry business, which had a record year for sales and operating profit,” he says.

Deere is putting yellow caution tape around 2020, however, saying net sales for its Construction & Forestry division are expected to be down 10 to 15 percent and its Agricultural & Turf division net sales will be down 5 to 10 percent.

“The outlook reflects slowing construction activity as well as the company’s efforts to manage dealer inventory levels,” Deere says. “In forestry, global industry sales are expected to be in line with the previous year.”

As May indicated, Deere’s Construction & Forestry division was a bright spot in both 4Q and fiscal 2019, primarily due to higher shipment volumes and price realization. Deere says the inclusion of Wirtgen’s sales for two additional months in 2019 accounted for about 4 percent of the year’s net sales increase.