In issuing its results, Hitachi also warned that it expects its 2019 fiscal year results (through March 31, 2020) to be down 8.1 percent, to 950,000 million yen, citing a “slight decrease in global hydraulic excavator demand” compared to the previous fiscal year.

In reporting its results, Hitachi noted its 33.3-percent equity buy of ACME Lift, an Arizona-based equipment rental company, as part of its emphasis to “expand the source of revenue besides new machine sales.”

When the ACME purchase was announced in September, Hitachi said it would “support ACME in finance and through the utilization of its existing North American distribution channels.” Hitachi would also “expand ACME’s earthmoving equipment re-rental business and provide overall business support.”

As part of the ACME buy, Hitachi said it intends to expand its rental business globally and hopes to implement the experience it gains in the North American market in that expansion.

Hitachi noted that excavator demand increased globally year-over-year, with the exception of Japan, the Middle East and Africa. For North America, Hitachi reported a 23.7 percent increase in revenues, compared with the previous fiscal year. 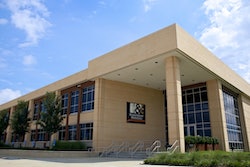 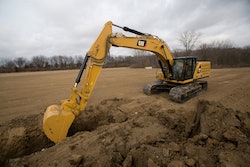 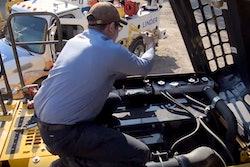