As part of a broad-based report on dealer exit planning, Big Iron Dealer put together a full white paper on the best strategies to plan your exit from the business Click here to download the full report.

Deciding how to exit the business of owning and operating a construction equipment dealership – of any size or number of lines – to put it bluntly, ain’t for sissies.

That’s because the “how” of exiting is completely wrapped up in the deeply complex choice of “who” will take over.

And the stakes are incredibly high – higher than any deal you’ve ever done in your career. What’s at stake: Family relationships, the wellbeing of your employees and their families, and fulfilling your goals your way.

The “when” of exiting greatly influences the how and who questions. Starting a plan isn’t just for owners in their 60s – although plenty of good options are available to the owner who’s eyeing retirement in two to five years. But a business exit done well, some say, can and should actually be a 15- to 20-year process.

The longer the exit planning – revisited regularly as part of annual strategic planning – the more likely you’ll be able to leave on your ideal terms.

Better planning can mean greater agility and readiness to seize opportunity. For example, if someone walked in tomorrow and made an offer to buy you out, would you be able to make the right call? Or would it take you three months to figure out if they made a good offer? (Assuming the buyer still interested at that point.)

External timing factors are important, too, especially in such a cyclical industry.

“You’ve got to pick the right time – and right now could well be the right time,” says equipment dealership advisor Garry Bartecki, who is also CFO at Illini Hi-Reach near Chicago. “[Dealerships] are all worth a lot today, and two years from now they may be worth 40 percent less if we go into a recession. Interest rates right now are good. The banks still have money and they want to lend. So right now, on my ‘Time-to-Sell Scale of 1 to 10,’ this is a 9 ½.”

Recessions are lasting longer, he added, and presently, he says, there’s more debt than there was in 2008. “The next one’s going to be similar,” warns Bartecki.

Hundreds of Stories – What’s Yours?

What you don’t want is to let your exit and its consequences merely happen to you and your family. Experts recommend defining exactly what your exit means to you – is it walking out the door with a lump-sum payout? Is it gifting the business or taking a note so the kids can buy it?

You and your partners must know your priorities and goals – and be prepared to articulate them clearly to your family, your leadership team, your employees and your manufacturer(s).

Dealer business models share many common traits, frequently including family ownership, but every scenario is unique. Consider, for example, some slightly-disguised, real circumstances:

(1) John, 64, runs his single-line company with his younger brother but they’ve got three other siblings with ownership interest – and while John’s 20-something daughter is pursuing a career in finance now, she could become a viable candidate for ownership in a few years. How can they ensure future success of the dealership while caring for the needs of a 90-year-old mom and sisters in their 70s?

(2) Ken is 66, and his son Jack, 31, is currently sales manager at their multistate, single-line dealership – but Ken has two other kids who aren’t in the business. He’s got to be fair to all as he transitions ownership to Jack.

(3) Brad, 58, has a strong multiline, multi-branch company that’s growing – in fact, he recently bought another competitor. But Brad’s millennial kids aren’t in the business and don’t want to be. What should he be looking at?

(4.) Steve is a high-energy, uber-competitive 50-year-old owner of five single-line branches – he’s got two girls in college and a third in high school; he thinks only the latter is a remotely possible candidate for joining the business. Is it too soon for him to formulate a plan?

If you choose to proceed with a family succession plan, don’t lose sight of the fact that “dad,” and/or “mom,” or any other partners have to be paid out as part of the process, unless there’s an abundance of additional assets to fall back on, notes Bartecki.

Manufacturers: The wild card that complicates your decision

As if deciding what’s best for business and family weren’t enough, dealer exit plans are enormously impacted by manufacturers. Know what your state dealer laws stipulate concerning manufacturer approval well before you take steps toward any course of ownership transfer. What’s more, know what your manufacturer is going to say before they say it.

“You have to be familiar with the [manufacturer’s] history – what’s happened in terms of ownership transition in the past?” said Bartecki. “Talk to other dealers. Find out if the OEM has turned down any other potential buyers. What’s going to appease them is finding the right person to replace you – that’s what’s going to make the deal or break the deal.

“When I talk to single-OEM guys,” Bartecki continues, “the first thing I tell them is, don’t waste your time or money unless you know what the hell they’re going to say. Now the person with three or four lines obviously has more flexibility – I’ve never seen anybody like that get turned down by one of the lines.”

Attorney Lance Formwalt, Seigfried Bingham PC, Kansas City, Missouri, echoes that no matter the exit path you choose, you’ll definitely have to work with your manufacturers, so make sure you open communications with them early in the process.

And you may conclude the time is not right or that different options may open up if you’re patient, Formwalt adds. “Part of that consideration is where the manufacturer’s ‘head’ is at right now – manufacturers do change strategies, and people in those roles change over time,” he says.

Sometimes waiting is the answer.

Editor’s note:  The entire white paper on this topic is available for download here. 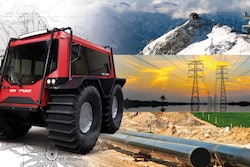 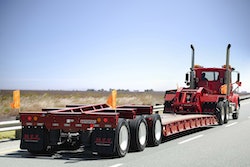 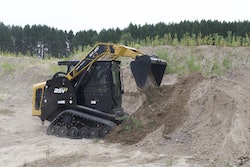 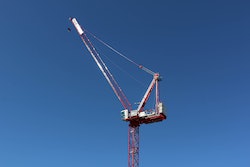