Optimism among contractors, equipment dealers, rental companies and equipment manufacturers remains high, and executives at Wells Fargo predict 2019 will be another strong year for the construction equipment industry.

There are also no signs on the horizon of a recession over the next two years, said Wells Fargo Senior Economist Mark Vitner, during a video conference February 26 to release the financial company’s 2019 Construction Industry Forecast.

Overall, the survey of contractors and the construction equipment industry registered an Optimism Quotient of 122. (Anything over 100 is considered to be “strong optimism” for increased local nonresidential construction activity when compared to the previous year.)

“When I look at a 122, that tells me that’s highly optimistic, and 2019 is going to be a great year,” said Peter Gregory, senior vice president at Wells Fargo Equipment Finance.

Roger Yost, senior vice president for manufacturer and dealer services, noted that the backlog of new construction equipment is causing prices to remain high for used equipment. It’s also leading some brand-loyal customers to shift to other brands to meet their equipment needs, he said.

Equipment manufacturers have been adding shifts to try to keep up with demand, but there is still a lag on the component manufacturing supply chain. “Suppliers are not quite ramping up to meet the needs to supply the parts,” Yost said. “Some feel that suppliers do have some concerns about recession coming up here possibly in the future. That’s causing them to be a little reluctant to add the second shifts, to ramp up production and add more resources.”

Gregory said many dealers in 2018 were selling equipment from their rental fleets to keep from losing customers. And they will replace the rental pieces as new equipment arrives.

Along with buying more equipment, most contractors plan to keep renting, too. The survey found that 92 percent of contractors plan to either maintain or raise their rental activity in 2019. About half of those contractors (46 percent) said they prefer the flexibility of renting and would need a larger backlog of projects before they shifted more toward purchases.

The panelists in the video presentation noted that the survey was conducted in November during a time of financial worries, with markets declining and concerns the Federal Reserve would continue to hike interest rates. Much of those worries have dissipated, with Fed Chairman Jerome Powell indicating a pause in rate hikes, Vitner said.

“If we took the survey today, I think the numbers would actually be a lot more positive than the last quarter when we did take them,” Yost said.

No signs of recession

He said there would be no recession in 2019 or 2020, and he did not see any excesses in the economy that typically lead to a downturn.

“We really don’t have the imbalances built up in the economy that precede a recession,” he said. “Recessions come about because you have a buildup of imbalances, essentially resources are misallocated.

“The prior risk was the Fed raising rates too fast, but that appears to be diminishing. The Federal Reserve appeared to be tone deaf to some of the things going on in the economy. … I think they have now figured that out, and they seem to be on a different path. So I don’t think the Fed is going to push us into recession.”

He added that the housing market is underbuilt, the individual savings rate is high and unemployment is low, which should all combine to give a modest boost to residential construction. Mortgage rates have also dropped to 4.5 percent from reaching as high as 5 percent in 2018.

He predicts a modest rise in commercial construction, noting that supply and demand are balanced with no signs of overbuilding.

What about interest rates?

The big concern would be if interest rates rise, which makes construction more costly, as well as equipment purchases.

Vitner, however, predicts the Fed won’t raise rates again until at least September and then hold off until 2020.

Panel members discussed how detrimental rising rates can be for dealers and contractors who purchase equipment.

Gregory presented an example of a $250,000 piece of equipment bought two years ago and financed over five years. “The financing costs are up $14,000 on just that one unit.”

“Our contractors have a lot of equipment,” he added. “So you multiply that … it’s a big, big increase for them.”

He also noted that for dealers those costs are even higher. They finance on a floating rate tied to LIBOR (London Interbank Offered Rate). And between 2016 and October 2018, LIBOR rose 200 basis points. That means for a dealer with a $50 million fleet, the carrying cost is up $1 million, he said.

Has the economy peaked?

The labor shortage is also a hindrance to growth, panelists said. And that is the top concern of contractors, with 47 percent of them citing hiring qualified workers as their main cost concern, and 36 percent citing it as the top risk to their business, according to the survey.

The panelists said another prevalent question they hear, is has the economy reached its peak.

“To me it feels more like a plateau than a peak,” he said. 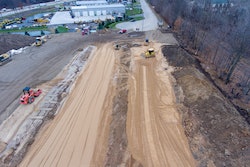 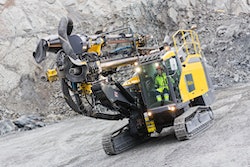 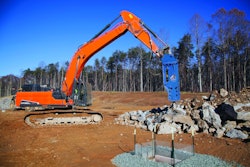