Second-quarter revenues shot up 91 percent, or $416 million, over the same period in 2017 for Toromont Industries.

In the equipment group, strong rebuild activity led to revenues of $874.1 million during the quarter, growing by $416.0 million, or 91 percent, over the same period a year ago, the company says.

“We are still in the early days of realizing the growth opportunities presented by the substantially expanded business and while much work remains, we are pleased with the progress achieved so far,” says Scott J. Medhurst, president and CEO of Toromont Industries.

“The company delivered solid results in the second quarter on organic growth at the legacy operations, together with a growing contribution from the acquired businesses. Focus remains on integration and sharing best practices across the broader organization to better serve our customers and business partners.”

The effect of tariffs is yet to be felt, but expected. “Recent tariff increases have not had an immediate direct impact on our business,” says Medhurst.

“However, it is expected that cost increases could ensue as these tariffs work their way through the supply chain and as suppliers deal with a less predictable environment,” he added.

“The senior leadership team is focused on the integration and expansion of Toromont QM. While this is not an overnight task, success presents a substantial long-term growth opportunity for Toromont. CIMCO continues to grow its revenue base, reflecting its strong presence and solid reputation as a leader in the key markets it serves.”

For CIMCO, revenues increased 20 percent to $87.1 million in the quarter, mainly due to strong package sales growth in Canada and the United States. Operating income decreased 23 percent to $5.1 million as the higher revenues and a relatively lower expense ratio was more than offset by lower package margins, the company says. 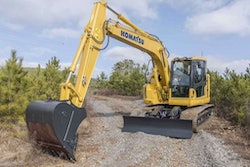 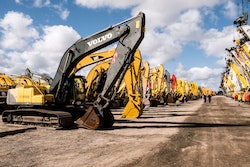 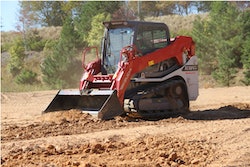