The American Rental Association has released its latest Rental Equipment Monitor forecast, along with current Rental Penetration Index, at the start of The Rental Show this week in New Orleans. ARA now says that it expects total rental equipment for all segments (including construction, general tool and party/event) to reach nearly $60 billion by 2021.

The Rental Penetration Index, used by ARA to show the percentage of construction equipment in the United States owned by rental companies, was at 53 percent in 2017, up 20 basis points versus 2016. The Index had notched downward in both 2015 (52.9 percent) and 2016 (52.8 percent).

“We’ve seen a bit of downward trend in the past two years, with equipment moving out of the oil patch after oil prices declined, and then moving into construction markets that were starting to heat up,” says John McClelland, ARA’s vice present for government affairs and chief economist. “We expect to see the rental penetration rate go up in the future; we don’t have specifics, but we’re optimistic about the levels of investment.”

According to ARA’s Rental Market Monitor five-year forecast, updated this month, total rental revenue in the United States will grow by 4.5 percent in 2018 to reach $51.5 billion, then experience a significant uptick in 2019 to 5.6 percent. In 2020, rental revenues are expected to grow 5 percent, followed by 4.4 percent in 2021. Business information provider IHS Markit provides the data and analysis for the Rental Equipment Monitor.

“We had a strong exit to 2017, and we’ll have a strong 2018 coming up,” says Scott Hazelton, managing director, IHS Markit. “Consumer spending drives the economy, and we expect that to have a positive impact this year.” Another factor: tax reform legislation passed late last year, which lived up to most of business expectations, Hazelton says.

“As such, economic responses to the cuts were already baked into the 2017 economic performance,” Hazelton says, with his firm only anticipating an additional 10 to 30 basis points of GDP growth, compared to its previous forecast made before the tax legislation passed.

In addition, IHS Markit says it expects a bump in energy prices in 2019, resulting in increased demand for energy patch equipment. “That results in the expectation of a larger bump in investment in 2019, which also reflects the older fleet that will then be in use, combined with future demand.”

ARA also announced that it would debut a new Rental Market Monitor platform this April, which will give its members data and rental revenue forecasts at the county, state and MSA level, in addition to rental revenues by equipment type at the national level. In addition, the platform will also provide rental news, data, forecasting and analytics. 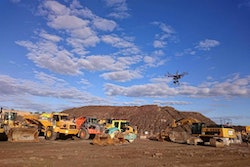 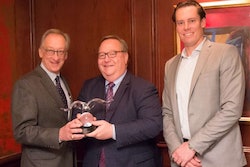 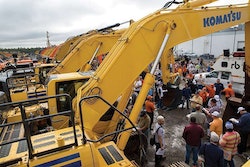 Orlando equipment auction will be Ritchie Bros.’ largest yet