With third-quarter sales and revenues soaring by 25 percent year-to-year and customer demand growing, Caterpillar on Tuesday boosted its robust 2017 profit outlook even higher.

The company posted sales and revenues of $11.4 billion for third-quarter 2017, up nearly $2.3 billion from $9.2 billion for the same period last year.

Cat continues to see strengthening in China’s construction industry, in onshore oil and gas in North America and in mining customers who are expanding capital investments across the globe.

And because product availability is a concern in some areas, the company says it will continue to work with its supply chain to ramp up production to meet growing customer demand in improving markets.

“As a result of our team’s strong performance, we are raising our 2017 profit outlook,” Umpleby says. “We are executing our new strategy for profitable growth based on operational excellence, expanded offerings and services.”

That eclipses the previous outlook for 2017 profit of about $3.50 per share at the midpoint of the sales and revenues outlook, or an adjusted profit per share of about $5.

Third-quarter 2017 brought “the strongest quarter-over-quarter in terms of sales and revenue growth since the fourth quarter of 2011,” says Bradley Halverson, group president and CFO.

“About half of the increase in sales volume was from higher end-user demand,” he said. “The other half was from favorable changes to dealer inventory,” as the four-year run of dealers reducing inventory by over $6 billion seems to have come to a halt.

“Dealers reduced inventory $700 million in third-quarter 2016,” Halverson said. “That’s compared to a $200 million dealer increase in the third quarter of this year – a net change of $900 million.” Still, those inventories are considered low historically, he notes.

“Higher sales volume and our team’s focus on cost discipline resulted in improved profit margins across our three primary segments,” Umpleby says, noting that Construction Industries improved the most.

Caterpillar’s financial position continued to strengthen. Machinery, Energy & Transportation operating cash flow was about $600 million during the third quarter, and debt-to-capital ratio improved to 36 percent, down from 39 percent at the end of the second quarter.

The company reports it ended the third quarter of 2017 with an enterprise cash balance of $9.6 billion.

The 25-percent soar to $2.25 billion in sales and revenues for third-quarter 2017 is half due to improved end-user demand and half to favorable changes in dealer inventories, the company says.

While sales increased across all regions, North America saw a 27-percent jump, thanks to higher end-use demand for equipment and aftermarket parts.

“Our current estimate for 2017 is for the 10-ton excavator industry in China to more than double versus last year,” which would result in sales that are higher than the normal replacement demand for that region, Halverson says.

This quarter, sales increased 24 percent in Latin America due to stabilizing economic conditions in several countries , which resulted in improved end-user demand. However, challenges continue there.

About half of the sales volume increase was because dealer inventories fell significantly in the third quarter of 2016 and rose in third quarter 2017. In addition, sales improved due to higher end-use demand for construction equipment.

Profit in Construction Industries reached $884 million in third-quarter 2017, compared with $326 million for the same period a year ago. That’s a 171-percent increase, Cat reports.

Although market conditions remain competitive, Cat says, price realization was favorable due to a particularly weak pricing environment in the third quarter of 2016 and previously implemented price increases.

Retail, restructuring and looking ahead

During third-quarter 2017, retail new business volume was $2.78 billion. That’s an increase of $83 million, or 3 percent, from the third quarter of 2016. The increase was primarily related to higher volume in Asia/Pacific and mining.

Caterpillar anticipates about $1.3 billion of restructuring costs in 2017, up slightly from the previous outlook of about $1.2 billion. (The outlook excludes potential mark-to-market gains or losses related to pension and other postemployment benefit plans.)

The impact would reduce profit, based on information as of the end of the third quarter, but the full impact remains to be seen, Cat says.

Looking ahead, Umpleby says Cat will continue to pursue its new strategy for profitable growth – expanding services with emphasis on the aftermarket, investing in digital capabilities and extending product offerings. 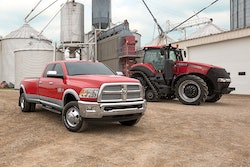 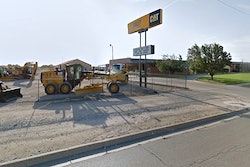 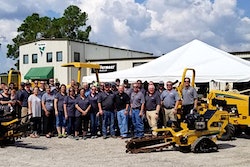