H&E Equipment will hold a grand opening ceremony for its new branch in Beaumont, Texas, on July 20. The new location, which brings the company’s branch total to 79, will service customers in eastern Texas and southwest Louisiana.

The company is planning equipment displays and demos, NASCAR and John Deere simulators, a buffet meal, prize drawings and a Q&A with factory and H&E equipment experts. H&E describes the event as a “trade show format” that will feature more than 20 equipment manufacturers.

Volvo Construction Equipment has named Melker Jernberg as president, replacing Martin Weissburg at the end of 2017.

Weissburg, who took the reins at Volvo CE in 2014, is returning to the U.S. and will serve as senior advisor to Volvo President and CEO Martin Lundstedt. He will be based in Greensboro, North Carolina, and takes on this new role Jan. 1, 2018.

Jernberg most recently served as president and CEO of Höganäs AB, a powder metallurgy company in Sweden. Before that he was executive vice president and head of business area EMEA at steel manufacturer SSAB.

Company Wrench, based in Carroll, Ohio, will offer sales, service and parts for Bandit’s whole tree chippers and The Beast horizontal grinders.

Stevens first worked for the company in 1989 as a sales trainee, followed by serving as an Earthmoving Sales Representative. He has been the Region Manager for the Western Sales Regions for the past 10 years.

Southeastern Equipment, a Case CE dealer, has donated the use of two TR310 compact track loaders (CTL) fitted with grapple buckets to Team Rubicon for a Detroit neighborhood revitalization project.

Team Rubicon is a disaster response group run by veterans and Case CE has been working with them for nearly two years.

The project, Operation Joe Louis, is an urban blight response project in which Team Rubicon is partnering with Detroit’s annual Motor City Make-Over event and Herman Kiefer Development. The project is working to clean up the Herman Kiefer Hospital complex and neighborhood via damage assessments, debris management and home repairs nearby. 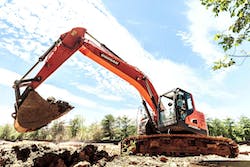 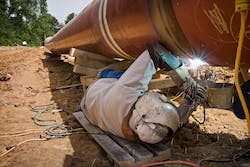 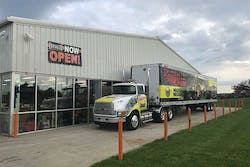 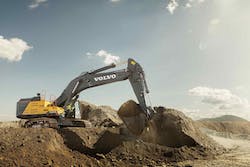