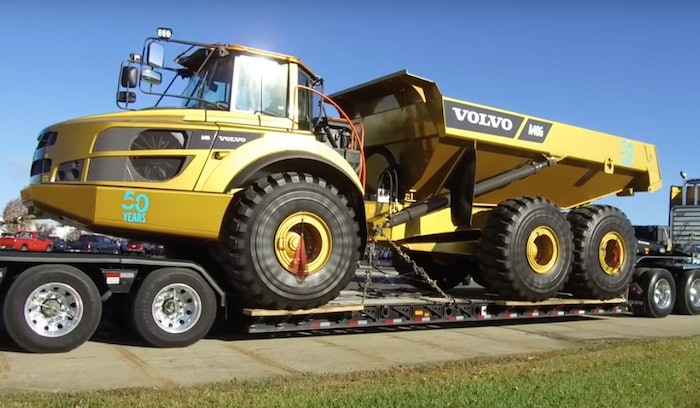 The Ritchie Bros. February Orlando auction, set for Feb. 20-24 has more than 7,200 items consigned from more than 650 equipment owners. It also will feature Volvo’s 50th anniversary “Golden Hauler” articulated dump truck to be sold for charity.

The company says some of equipment available for auction so far include 520 excavators, 195 wheel loaders, 125 dozers, 355 truck tractors, 370 aerial work platforms and 95 cranes. Online registration for the event is open now at rbauction.com, while on-site registration will begin Feb. 16. In addition to in-person actions, bids can also be made online, via the company’s mobile app, or by proxy.

“The February Orlando auction is unique as it’s a melting pot of equipment from all across the United States and neighboring countries—many contractors hold onto their equipment for the chance to be a part of this massive auction,” says Jake Lawson, group senior vice president, Ritchie Bros. “The equipment selection we will be offering is unmatched anywhere, which results in record bidder registration from around the world. Year after year we set new attendance records with this auction. In February 2016, we had more than 9,850 bidders from 79 countries.”

Proceeds from the sale of the Volvo Golden Hauler, an A40G that went through a $15,000 makeover taking 650 hours to complete will go to SkillsUSA and Skills Canada.