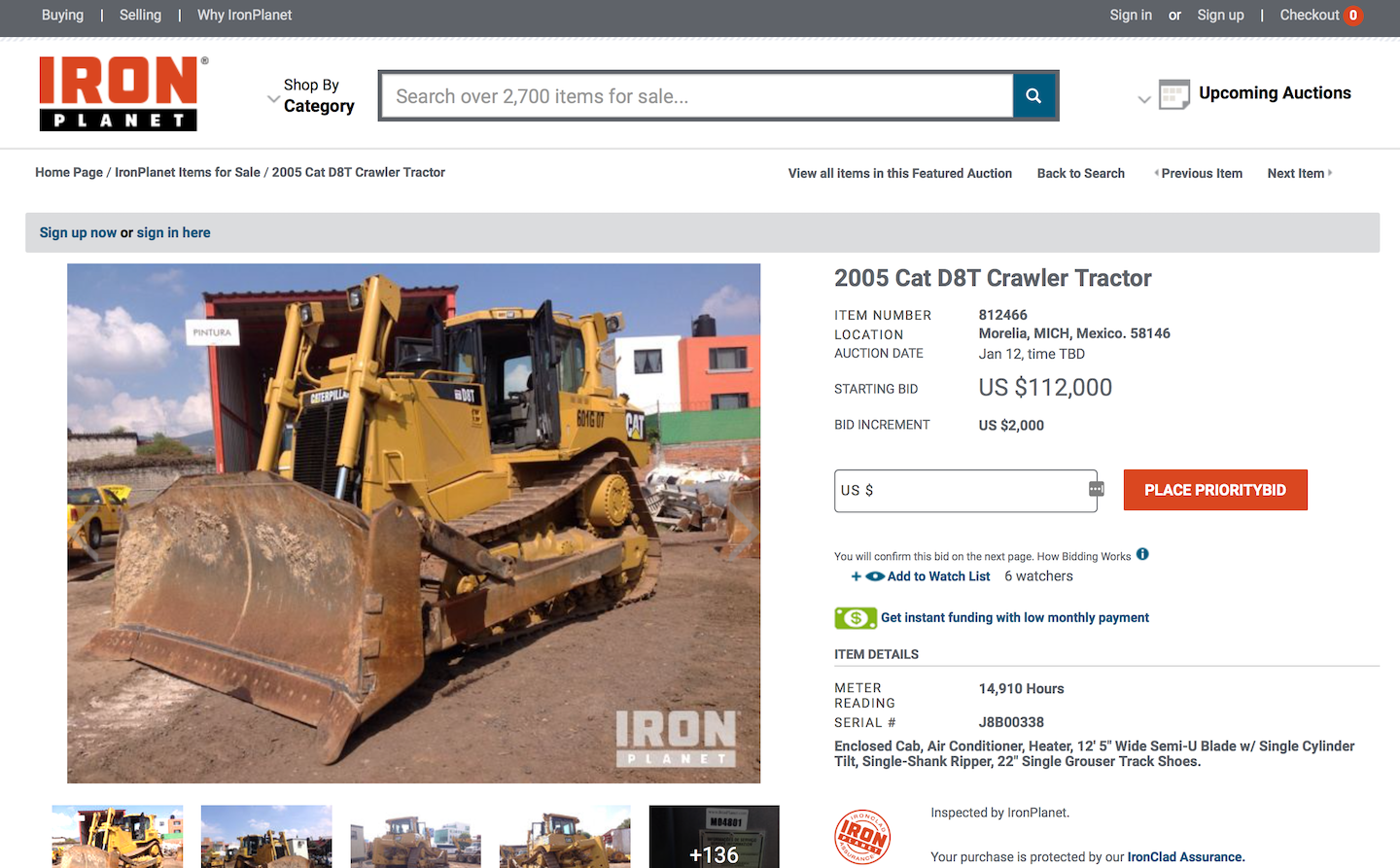 IronPlanet reports it has conducted inspections on more than 100,000 used heavy equipment items for 2016, breaking its own record for most equipment evaluated and certified in one year.

“High quality, detailed and meticulous equipment inspections are a core component of IronPlanet offerings to buyers and sellers alike and that is what differentiates us from all other marketplaces,” reports Matt Ackley, IronPlanet Chief Marketing Officer. “With over 100,000 trusted inspections conducted this year alone, IronPlanet’s IronClad Assurance certification guarantees that buyers receive the equipment they expect, even if they haven’t visited the equipment in person. This inspires a level of satisfaction and trust that continues to drive the growth of our online, as well as onsite auctions around the country and the world.”

Highlights from the company’s 2016 inspections include: