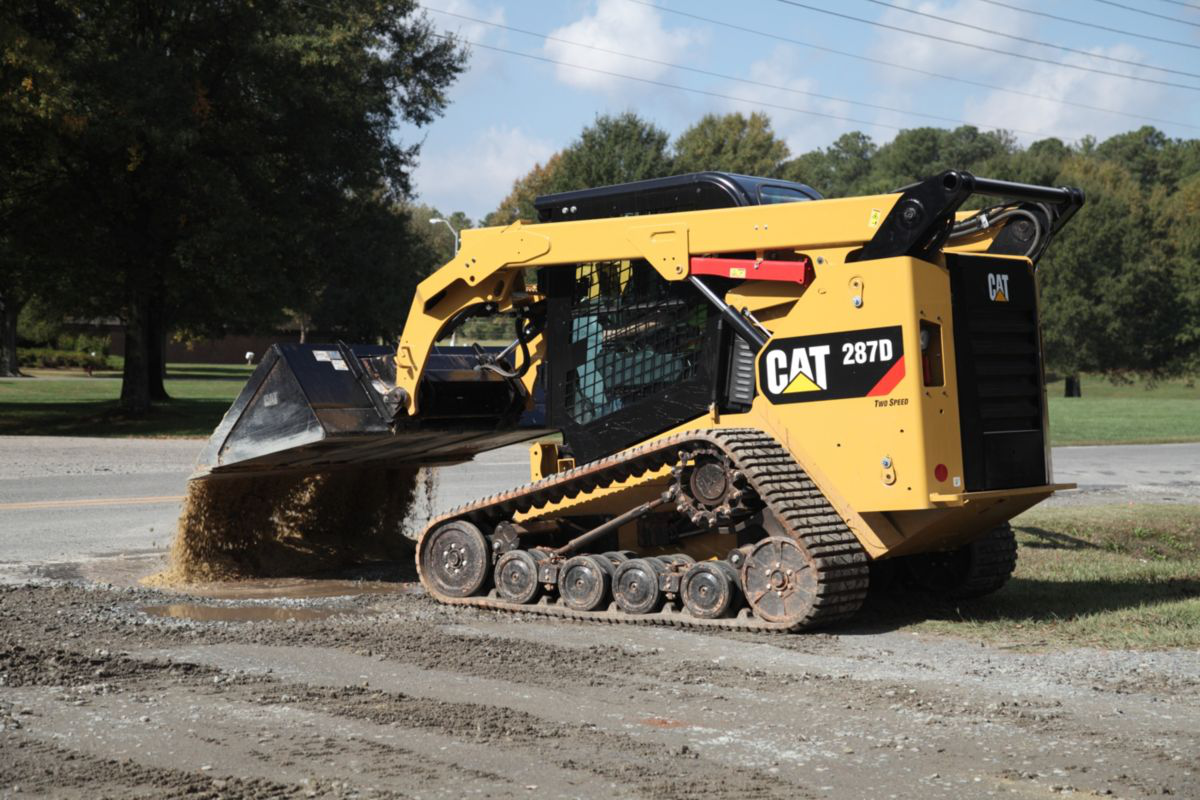 Trends that have been talked about for a couple of years are gaining steam in 2016.

“Instead of buying backhoes, we’ve seen a significant shift with contractors choosing to buy compact excavators and skid steers,” one dealer recently told me. “While this means that contractors need two operators instead of one, they’re making up for the additional labor costs with the increased productivity, flexibility and maneuverability of these compact machines.”

The equipment-buying world has indeed changed from 10 years ago, and nothing illustrates this better than examining a slice of financed new machine buying data from EDA, a sister company to Equipment World. 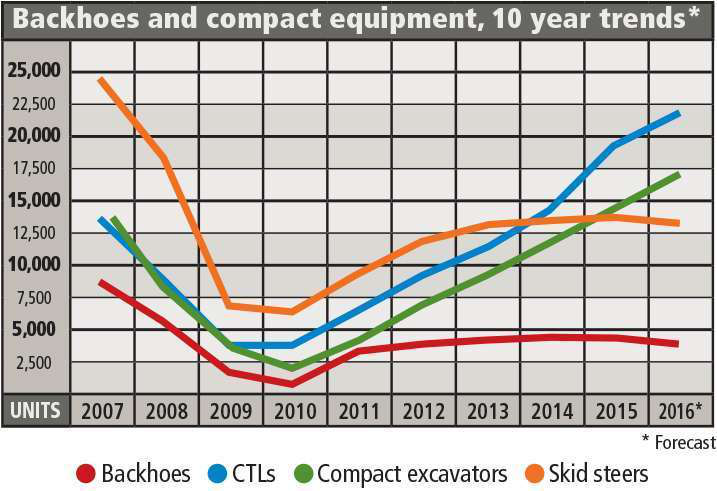 Looking at the past 10 years, the natural comparison point is 2007, when financed unit sales for many machines were at their zenith before plunging into the Great Recession. The telling point becomes whether or not a machine type has recovered to 2007 levels.

A quick look at the chart shown here will show the verdict is divided for the machine types the dealer mentioned: backhoes, compact excavators, skid steers and compact track loaders (CTLs). (I’ve added CTLs because, as you can see from our recent story on their surging market share, they are an essential part of the conversation.)

Compact excavators and CTLs have recovered quite nicely from the depths of the past 10 years. Compact excavators are showing a projected 28 percent rise in unit sales compared to 2007. And, as I’ve talked about before, CTLs have been a gangbuster machine category, and are projected to be 41 percent above their 2007 unit sales by the end of this year, if nine-month sales trends remain true.

Backhoes and skid steers, however, are not faring so well post-recession. Financed unit sales for both machines are hovering around half of what they were in 2007. In 2014, backhoes rose to 52 percent of the 2007 unit sales figure, before declining to a projected 41 percent of that figure this year. Skid steers, oftentimes viewed as a direct competitor to CTLs, are forecasted to be 49 percent lower this year than they were in 2007.

Of course, neither of these machines (or to the point of the dealer’s comment, backhoes in particular) are going away, nor will they be relegated to a niche machine status. But if these trends continue, they will definitely have a smaller place in the construction equipment universe.