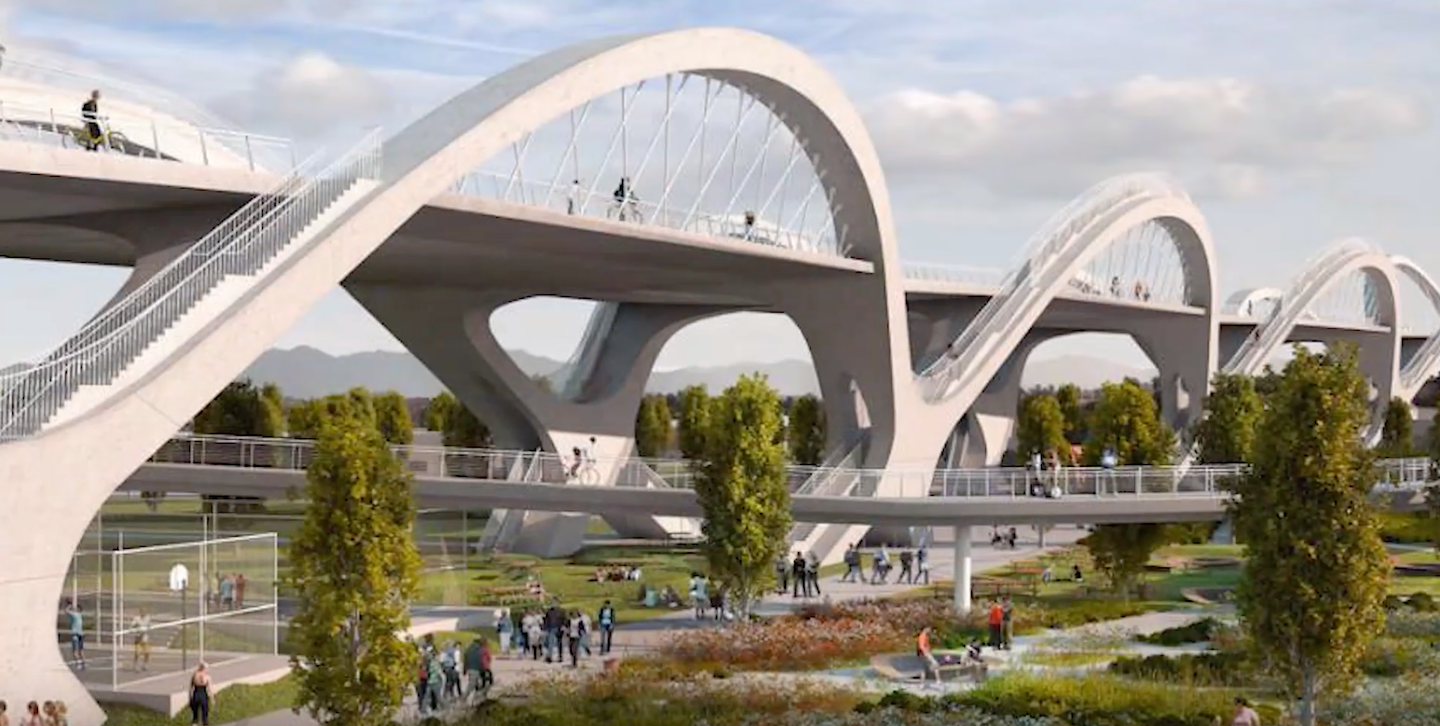 CEMEX USA will provide aggregates and concrete for the replacement of the Sixth Street Viaduct Bridge in Los Angeles. Since its construction in 1932, the old 3,500-foot bridge over the Los Angeles River has deteriorated.

CEMEX will supply 45,000 cubic yards of ready-mix concrete for the Sixth Street Viaduct Replacement Project, including 6,300 cubic yards of specialized self-consolidating mix concrete that was developed to fit the bridge’s design specifications and the stringent standards required by the California Department of Transportation (Caltrans). The company will also supply fiber concrete for the structure itself and its bridge deck. The new viaduct is expected to have ten pairs of lit arches along with stairway access and bike ramps.

“The Sixth Street Viaduct is one of the memorable landmarks in Los Angeles, and CEMEX is proud to help give it a much-needed update,” said Bryan Forgey, CEMEX USA Vice President/General Manager Ready-Mix – Southern California, in a press release. “CEMEX is deeply rooted in Southern California. Materials we produce here, stay here, so we can build a better future for our families, neighbors and communities.”

“CEMEX has been part of Southern California for decades, helping provide the materials that are critical in the roads, bridges and buildings we use every day all across the state and the Southwest,” said Eric Wittmann, CEMEX USA Regional President – West Region, in the press release. “We’re proud to be building a better future in southern California, providing cement, concrete and aggregates for projects to be used by generations to come.”

Concrete will be supplied by CEMEX’s Los Angeles Ready Mix Plant, and its Victorville operation will provide 67,000 tons of aggregates. The total cost of the project is estimated at $482 million, covered mainly by federal and state funding. The bridge is expected to be completed in late 2020.