World’s longest concrete cable-stayed bridge to be ‘stitched together’ 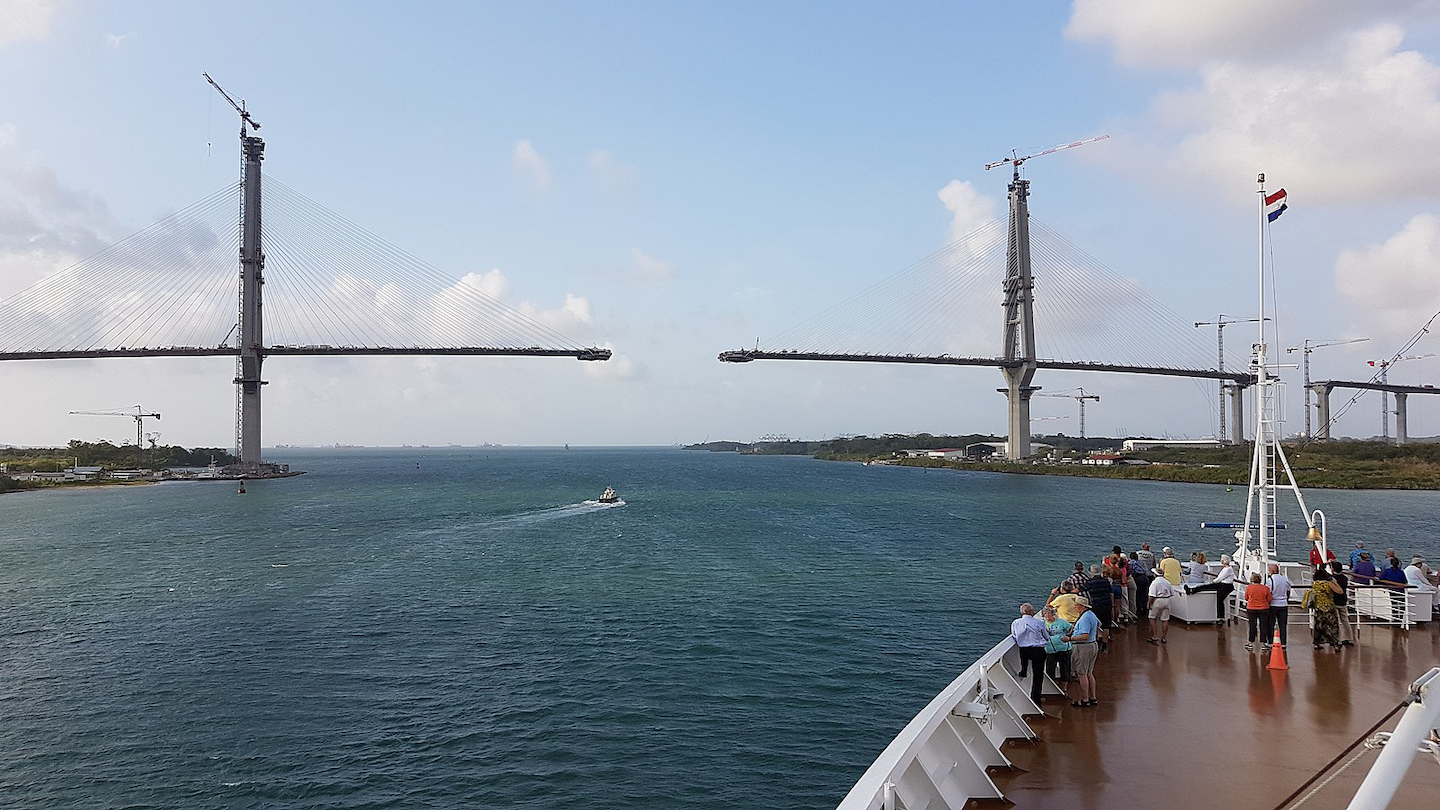 A photo of the Atlantic Bridge over the Atlantic Ocean entrance to the Panama Canal on March 19. Credit: Tinashocker, Wikipedia

A new bridge over the Panama Canal will soon become the longest concrete cable-stayed span in the world, at 1,739 feet, according to the canal authority.

The east and west ends of the central span have been built simultaneously and will soon be “stitched together,” reports the authority’s Twitter feed. The video below shows the two spans just feet apart from being connected:

The bridge on the Atlantic side of the #PanamaCanal is about to be stitched together! The bridge will speed traffic and help the region’s development. pic.twitter.com/JwLKDL8oxC

The Atlantic Bridge is being built by French construction firm VINCI Construction Grands Projets. The company had to cast the deck in place to prevent interruptions to ship traffic, which makes it appear as though the bridge were defying gravity.

The four-lane bridge’s central span has a vertical clearance of 246 feet above sea level to allow some of the world’s largest container ships to pass underneath. It is supported by double-plane cables anchored to two delta-shaped main pylons that are 697 feet high.

The bridge is part of a larger project that built a third set of locks to expand the canal to accommodate new 1,200-foot-long, 160-foot-wide ships that draft 50 feet and can carry nearly three times the cargo of older Panamax ships. The bridge provides a permanent crossing for motorists on the Atlantic approach to the canal near the city of Colón, whether the new locks are in operation or not, says VINCI’s website.

VINCI started on the project in 2013 after winning a $336 million contract. It is scheduled to be completed in early 2019. 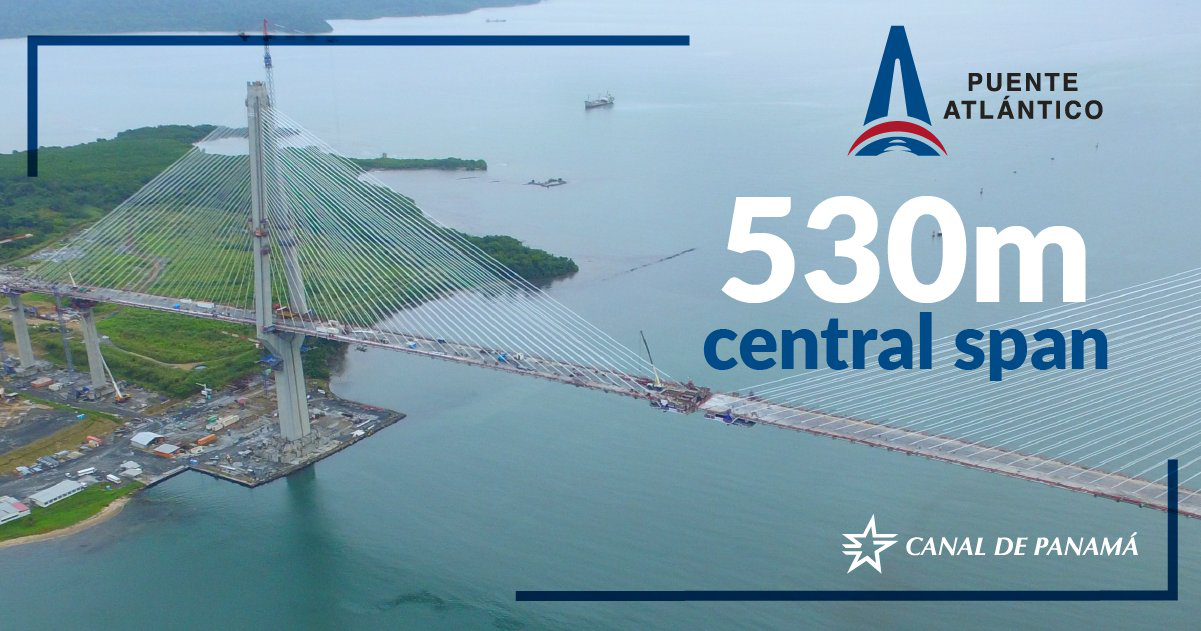 The Panama Canal authority touts the latest progress on the 530-meter (1,739-foot) central span of the Atlantic Bridge.
Get the business tips, industry insights and trending news every contractor needs to know in the Equipment World newsletter.
Top Stories