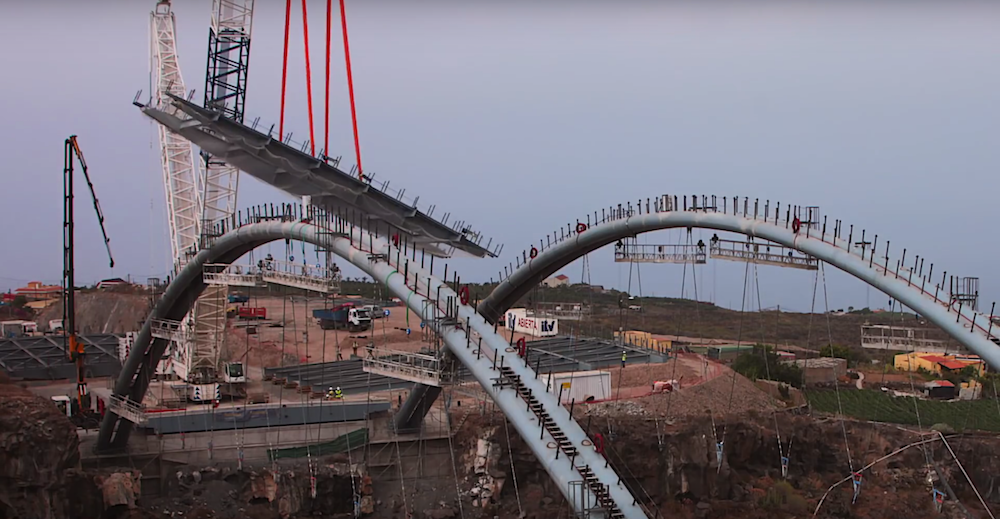 The Erques Bridge, a part of the new Southern Highway in Tenerife, one of Spain’s Canary Islands, opened in December 2015. The YouTube video below, uploaded by Ferrovial, is an amazing time-lapse of the bridge’s construction.

According to Ferrovial, the bridge spans approximately 369 feet (110 meters) and the deck is suspended by hangers from two arches. Each arch is composed of two tubes joined together by diaphragms every 6.5 feet (2 meters) and then filled with concrete.

The deck is composed of a metal grid covered with a slab of reinforced concrete. Self-compacting concrete with a compressive strength of 7,251.9 psi (50 MPa) was used on the bridge.